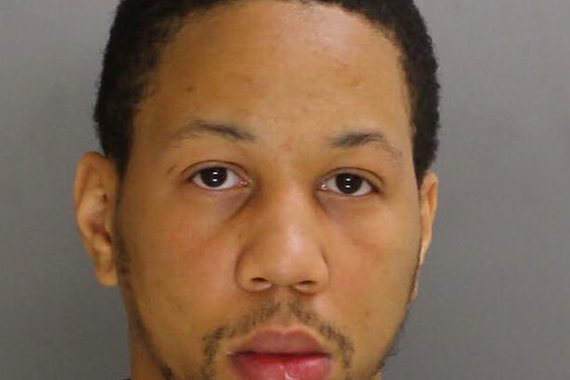 Authorities in Chester County have arrested a Philadelphia man in connection with the murder of 24-year-old Alex Hartzell, of East Coventry, who was shot 11 times in the body and head on Aug. 26, the District Attorney's Office announced on Monday.

According to prosecutors, 24-year-old Lenn "Butter" Tucker fatally shot Hartzell in a grassy area behind the residence of 652 East Chestnut Street in Coatesville, where the victim's body was discovered by officers who responded to a report of multiple gunshots.

Police later interviewed a witness — already known to law enforcement — who claimed Hartzell's shooter was a man named "Butter" and identified from a photo array. Coatesville authorities knew the man identified as "Butter" to be Lenn Tucker.

A subsequent review of surveillance footage traced the defendant's path to Hartzell's shooting, including the attack itself, before his departure from the scene west on Diamond Street toward Sixth Avenue, prosecutors said. The video did not reveal anyone else in the vicinity other than Tucker, who has residences listed in Philadelphia and Coatesville.

When questioned by investigators on Sept. 9, the defendant stated that he followed the victim toward the area of the shooting and later left along the path officials saw in the surveillance footage. Lenn claimed, however, that there were three or four other people in the yard on 652 East Chestnut Street, a statement refuted by video evidence.

Tucker is charged with first-degree murder, possessing an instrument of crime, being a convicted felon in possession of a firearm, and related charges.