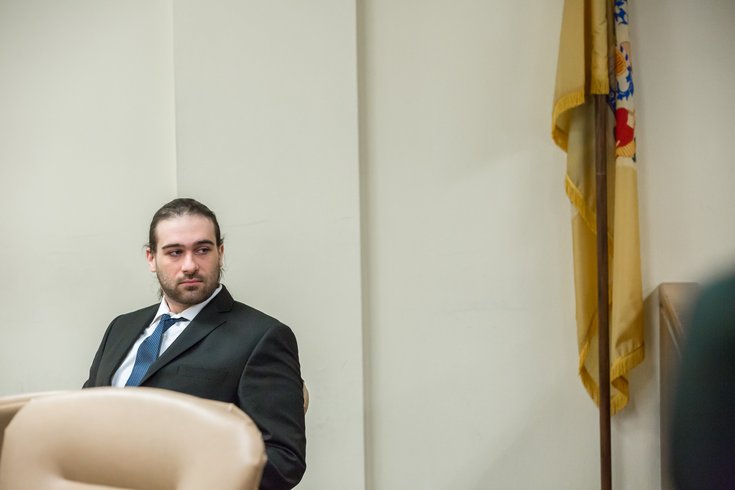 David 'DJ' Creato sits in Camden County Superior Court shortly after the jurors were dismissed from the case, Wednesday, May 31, 2017.

After a jury could not reach a decision Wednesday in the murder trial of David "DJ" Creato, the judge said he will meet again with lawyers on July 5 to consider what comes next.

The judge declared a mistrial, but the Camden County Prosecutor’s Office announced it intends to retry the case.

The decision came on the day before what would have been the the fifth birthday of the son he is accused of killing, Brendan Creato. The boy was three years old when his body was found in a public park in October 2015.

Creato's lawyer said he will seek a new bail hearing as soon as possible for his client, who remains in custody on $750,000 bail. Richard J. Fuschino Jr. said his client had hoped to go home Wednesday and was disappointed the jury had not been able to reach a not guilty verdict.

Fuschino thanked the jury for their close consideration of the facts, saying its failure to reach a verdict showed the prosecution failed to make a case "beyond a reasonable doubt."

But he said he "could not speculate" as to why, except to say "there was no evidence, no direct evidence."

In their statement, prosecutors thanked the jury for its service, as well.

Fuschino declined to discuss his plans for a possible retrial.

None of the jurors made themselves available to the media.

Creato, 23, faced first-degree murder charges in the October 2015 death of his three-year-old son, as well as a second-degree charge of child endangerment.

He could have faced up to 30 years to life in prison on the homicide charge. He had rejected a plea of 35 years before the start of the trial. Last-minute plea discussions went nowhere. 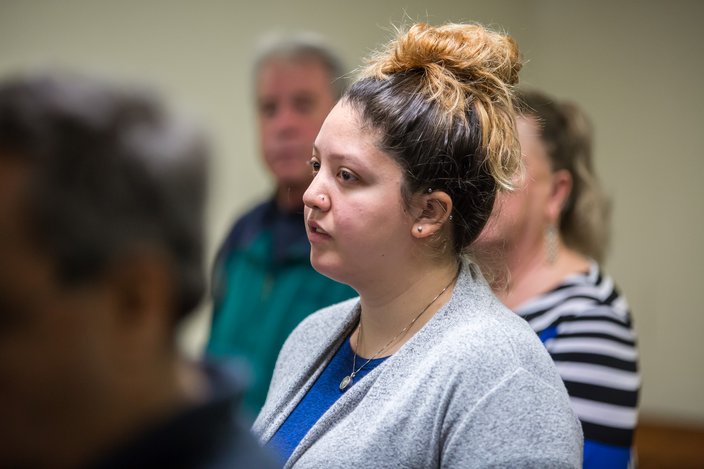 Samantha Denoto, the mother of Brendan Creato, listens as Judge John T. Kelley announces a mistrial in the case, and will consider how to move ahead on July 5.

The county prosecutor, Christine Shah, declined comment and walked out of the courthouse with Samantha Denoto, Brendan's mother, and her family, surrounded by law enforcement officers.

The body of Brendan Link Creato was found the morning of October 13, 2015, in Cooper River Park in Haddon Township after he went missing overnight from his father's apartment about a half-mile away. Prosecutors had argued that DJ Creato killed the toddler to maintain an intimate relationship with his Bucks County girlfriend, Julia "Julie" Stensky.

The 11-day trial at the Camden County Courthouse was relatively low-key.

The prosecution's case was based largely on circumstantial evidence – cellphone data, texts, digital messages and digital images – with autopsies by three different pathologists unable to determine a specific cause of death for the boy. 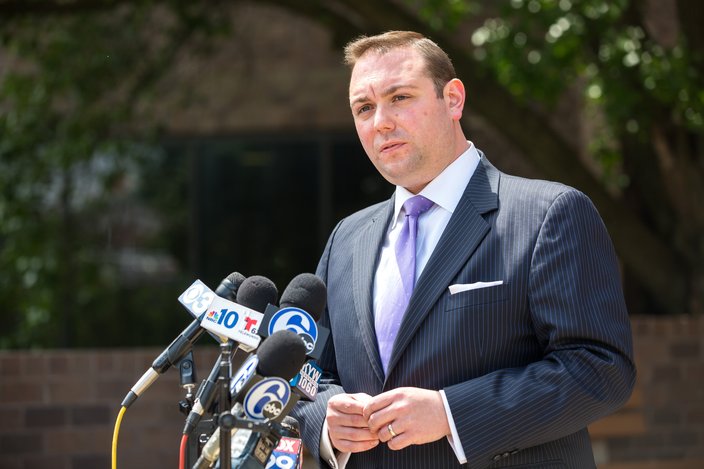 Defense Attorney Richard J. Fuschino speaks to the media outside of Camden County Superior Court shortly after the judge dismissed the jurors after they were unable to reach a verdict. He mentioned that his client was disappointed that no verdict was reached.

A detective told the jury that Creato misled authorities when he told them he had never been to the site in the park where his son's body was found and that his last visit to the park was a week earlier. A photograph found his cellphone showed he visited the park – within 15 yards of the spot where the body was found – on Oct. 11, two days earlier, the detective testified.

Taking the stand as an uncooperative witness was Stensky, whom the prosecution cast as a "nasty girl" who disliked children and inflamed Creato. Stensky has not been charged.

The defense highlighted Creato's cooperation with authorities the day Brendan's body was found, the lack of a definitive cause of death and character witnesses who testified the defendant was peaceful and honest. 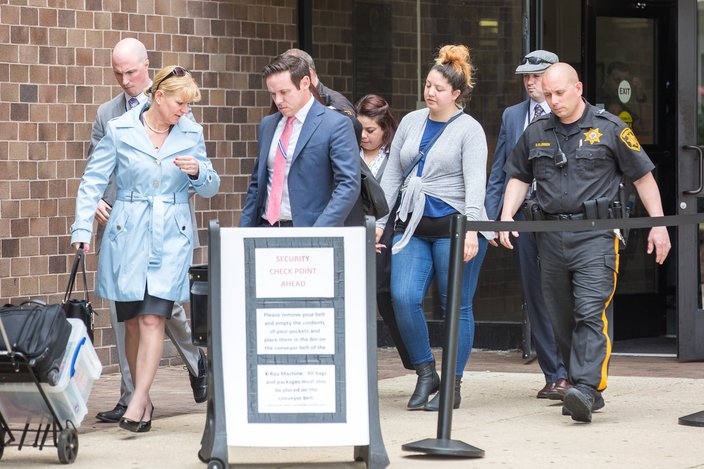 Fuschino had questioned the effectiveness of the medical examiner's scene investigation in one of the most dramatic moments of the trial as pathologist Dr. Gerald “Buck” Feigin admitted he brought the wrong crime scene report to court. "You are detail-oriented and you have the wrong report?" Fuschino mocked Feigin.

The case, one of the most watched in recent Philadelphia-area history, grabbed the attention of the community and local media and mentions on CNN and The Daily Beast.

The case also spawned two Facebook groups, with handicapping and haggling over testimony from experts, that discussed Creato, his friends and family, and how the case was investigated by law enforcement and three medical examiners.