Weixing Chen, 30, of Brookhaven also will spend a 12 months in federal prison prior be being removed from the country 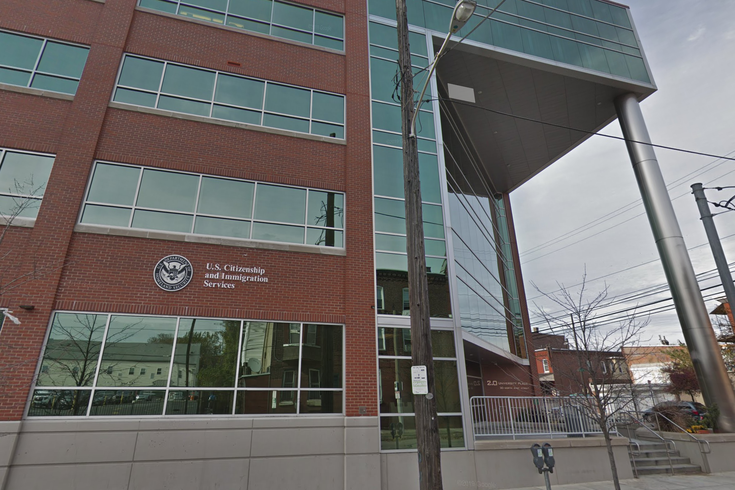 Pictured above, the Philadelphia field offices for U.S. Citizens and Immigration Services. A Delaware County man will lose his U.S. citizenship after admitting he lied about collecting child pornography during his naturalization process.

A Delaware County man will lose his U.S. citizenship, spend 12 months in prison, and then be deported to China for lying about collecting child pornography during his naturalization process.

Weixing Chen, 30, of Brookhaven did not disclose the fact that he was soliciting sex from minors and collecting child pornography in 2015, while he was undergoing the application and interview processes with U.S. Citizenship and Immigration Services, according to a release published Wednesday by U.S. Attorney William M. McSwain.

Chen also said during his application process that he'd never committed crimes before he applied for naturalization, though he'd begun communicating with two people he thought were minors, and intended to have sexual contact with them, according to McSwain's office.

Chen was convicted of child exploitation offenses in Delaware County in 2015, McSwain's office said, after he officially became a United States citizen.

Chen pleaded guilty in early December to one count of procuring naturalization unlawfully, and two counts of making a false statement in a naturalization proceeding. He was sentenced Wednesday by U.S. District Judge Paul S. Diamond.

"This defendant flouted our laws, preyed upon children, and lied about all of it to gain entry into our country unlawfully," McSwain said in the release. "This sentence confirms that my office will continue to hold every person accountable who violates federal law – no matter who you are or where you come from."