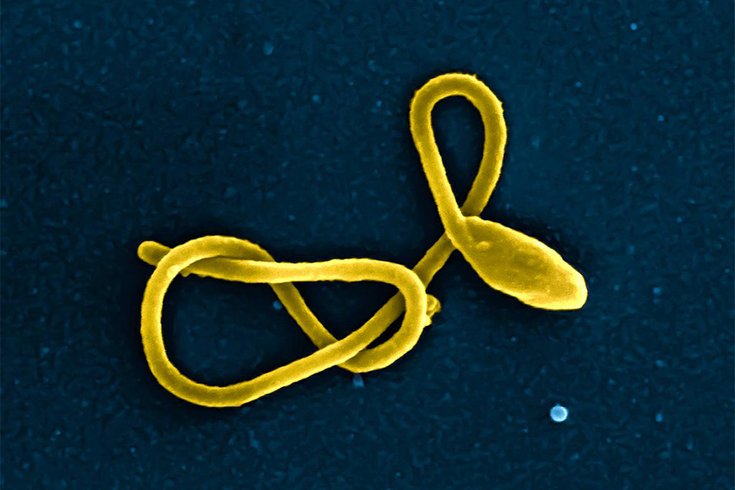 This scanning electron micrograph shows a single filamentous Ebola virus particle. Scientists supported by the NIH have discovered a set of powerful, broadly neutralizing antibodies in the blood of Ebola survivors.

A man hospitalized in Denver tested negative for Ebola on Sunday after he fell ill last weekend following a trip to Congo, where there has been an outbreak of the deadly virus.

The man was rushed to the hospital after experiencing sudden severe symptoms, according to the Denver Post. The man recently had worked with sick and dead people in an area of eastern Congo where the virus mostly has dissipated.

A test sent to a state lab on Sunday came back negative.

Still, health officials took serious precaution. Doctors isolated an ambulance crew and were looking for another person who may have had contact with the man.

Denver Health chief medical officer Connie Price told the newspaper that the man's symptoms were similar to those caused by common illnesses like the flu and appendicitis.

"We felt, if he had Ebola, then he could be very communicable," Price said. "We had no wiggle room to be wrong."

The man was listed in fair condition on Sunday night.

The case recalled fears felt in 2014, when a devastating Ebola outbreak in West Africa led to 11 cases in the United States.

Of those cases, only two were contracted in the United States. The other nine contracted the virus outside the country; seven of them were medical evacuees.