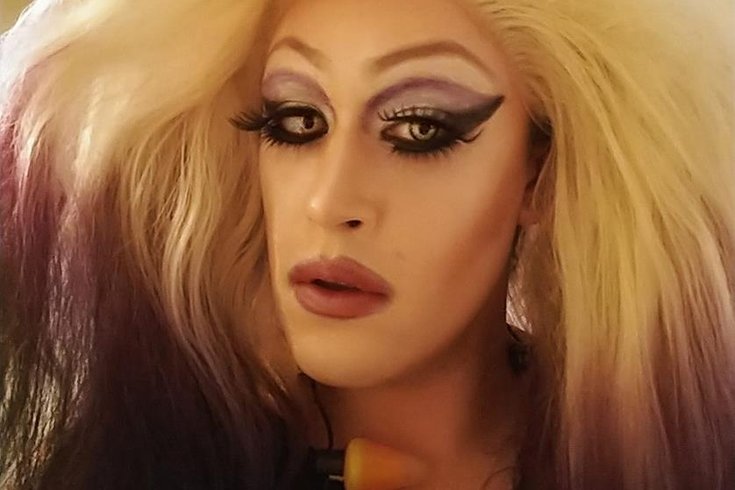 Annie Christ, a drag queen from Montgomery County, is hosting a "Drag Queen Story Fun Time with Annie" event at the Lansdale Public Library on February 2, 2019. Some Christian groups have called on the library to cancel the event, though.

The show will go on.

Despite an onslaught of phone calls, emails and Facebook messages voicing opposition, the director of the Lansdale Public Library said it will not cancel this weekend’s “Drag Queen Story Fun Time with Annie” for kids.

The Saturday morning event will be hosted by drag queen Annie Christ, a Lansdale resident who said it’s all about spreading “awareness about acceptance, the importance of diversity and being a little different with stories, dancing and fun songs!”

Christ will lead readings of two books ("Naked Mole Rat Gets Dressed" and "Sparkle Boy") while the children will have coloring activities and snacks like veggie straws, pretzels and juice boxes.

It will be his first "story time" event, and he explained how this one came to be.

"I hate to say this because it makes me sound like an old man, but I watch TED Talks a lot, and was watching one about the psychology of success," Christ said Wednesday night. "At the end of it, there was a slide that said, 'Be who you needed as a child.' Damn. There it was.

"As a child, I needed someone to tell me that it was OK to be weird, to be different, when I was listening to Freddie Mercury, David Bowie and getting beaten up at school."

A variety of Christian groups sees the event a little differently, going so far to claim the event is “evil” and promotes the anti-Christ.

A minister from Lower Providence Township has organized a “Prayer Gathering & Rally” protest to be held outside the library, while the PA Pastors Network has called for residents to “peacefully gather at the event to protest the indoctrination of children.”

In light of the outcry, Lansdale police officers will be on the scene to monitor potential protests and counterprotests outside the 10:30 a.m. event.

“Our main focus is the safety of the kids attending the event,” Lansdale Police Chief Michael Trail said on Wednesday. “People are very passionate on both sides of the issue. I am sure there will be protesters at the event on both sides.

“The Lansdale Police Department respects the right of free speech for all and will work to provide for the safety of all," he added. "However, assaultive behavior and destruction of public or private property will prompt a law enforcement response.” 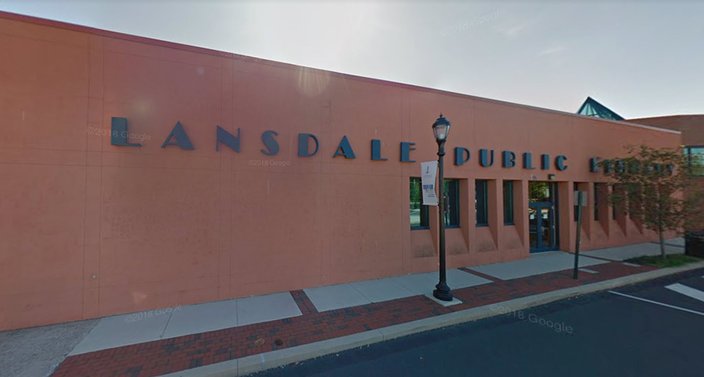 The Lansdale Public Library is at 301 Vine St. in the borough.

'LIBRARIES ARE OPEN TO EVERYONE'

Tom Meyer, the library director, said about 50 people have called to object to Christ’s story hour. Callers have identified themselves as being part of groups like the American Family Association and Warriors for Christ. Very few, he said, were locals.

“We’re not going to cancel it and we’re prepared for protests,” said Meyer, noting the event isn’t being promoted by the library, but merely serving as host since Christ reserved the room several months ago. “Most of these people are not from Lansdale. That’s what I’m concerned about. I’m glad people are expressing their opinions, but it doesn’t hold as much weight as it would if it was coming from Lansdale residents.”

Sticking by the event was an easy decision based on both the First Amendment and library’s traditional roles in fostering conversation and sharing information, he said.

“Libraries are open to everyone. We’re going to stand by that. Just because your ideas are not the same as someone else's doesn’t mean you shouldn’t able to express them,” he said. “From looking at Facebook, the majority of local people are supportive. In Lansdale, we celebrate diversity, cultural diversity. I think that’s one of the great things about Lansdale.”

Both Lansdale Mayor Garry Herbert and Councilman Leon Angelichio have lent public support to the event going forward, according to North Penn Now.

"It's nothing I didn't expect," said Christ, who realized there were no similar events going on in the Philadelphia suburbs. "What I didn't expect was for them (the protesters) to pay for all my advertising. They've brought a lot of attention."

Steve L. Piotrowski organized the prayer rally protest on grounds of religious discrimination, claiming the library and municipality itself “overstepped boundaries” by supporting the event.

He questioned whether the library performed a “proper background check” on Christ, which Meyer said it has. (Christ said he personally paid for a couple such investigations.)

“This evil event is not God-honoring,” he said. “We strongly believe that it is very dangerous to use publicly funded libraries and government in general to promote radical ideas that defy science and normal ideas about gender. We are concerned that the library is taking on such a politically controversial issue, especially when receiving tax dollars.

"We do not hate Annie, and we want him to know that we love him, but this event and what he stands for is wicked." – Steve L. Piotrowski, protest organizer

“Trusted officials and library staff are promoting a foul-mouthed adult entertainer named ‘Annie Christ’ – a discriminative attack on Christianity – as a role model to our small children.”

To Piotrowski, Christ and others who host Drag Queen Story Hours are targeting “small children as young as 2 or 3 years old” with a pro-LGBTQ message.

“Their self-proclaimed goal is to indoctrinate children, to give kids ‘glamorous, positive, and unabashedly queer role models’ and encourage young children to ‘defy rigid gender restrictions,’” said Piotrowski, who does not yet know how many people will attend his “peaceful event with prayer, the singing of hymns and guest speakers.”

Their goal is to “prevent future events like this from happening,” he said.

“We are respecting the fact that children will be there, even when they are getting indoctrinated,” he said. “We care for their safety. We do hope that the small children will enjoy hearing our hymnals being sang outside. We do not hate Annie, and we want him to know that we love him, but this event and what he stands for is wicked.

“America is on a downward spiral towards socialism and gender-identity disaster. We want everybody to know that the silent majority is no longer asleep, and The Reformation Movement is brewing here in Lansdale, in Montgomery County, around the state, and throughout the Republic."

Annie Christ said he hasn't spent much time looking into what protesters are saying about the event.

"It’s not about them. Of all the things going on, the one thing that has me most nervous is knowing I have to keep the attention of a bunch of kids for an hour," he joked. "I did this because I wanted to tell kids that it's OK to be different, that it's OK to have your own thoughts and ideas about what you want to look like, how you want to live. That's all that matters."

If anything, all the negative attention has resulted in a positive. Before word of the protests had gotten out, some 130 people had RSVPed to the event.

"Now, we're at 500," he said. "The only thing that's a bummer about that is that the room has a 64-person max capacity. Next time, we're going to have to get a bigger venue, but on Saturday, I'm expecting to go to the library, read to a bunch of kids and have a really awesome time."