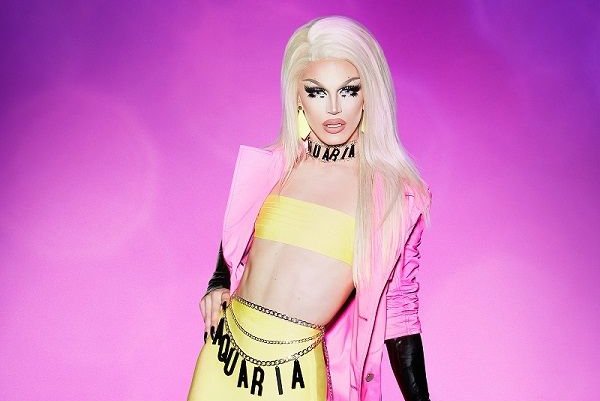 Aquaria, the winner of season 10 of "RuPaul's Drag Race," is a Chester County native.

A West Chester native has been crowned the youngest winner of "RuPaul's Drag Race" season 10, and her name is Aquaria.

The finale of the drag competition Thursday night crowned the 22-year-old the first ever queen to come out of the Philadelphia area.

Aquaria has garnered lots of recognition this season, in what some are calling one of the most cutthroat seasons yet. She has been known to serve up show-stopping looks — particularly her impression of Melania Trump and countless winning (she won the most challenges of the season, three) runway performances.

"I’m so blessed to have family that’s so supportive of my choices ... trademark!" she told HuffPost. "Just to be able to accept the crown in New York City ― I couldn’t imagine it anywhere else and I couldn’t be more grateful about making my city proud."

In the 90-minute finale, the Chester County native, who offstage is known as Giovanni Palandrani, defeated Eureka, Asia O’Hara, and Kameron Michaels for the title.

Before the show, Aquaria had garnered quite a following already in the New York City club scene. She got her start by emulating other queens' makeup looks by doing tutorials on YouTube, she recently told Them. On Instagram, she has more than 800,000 followers.

I’m gobsmacked 👸🏼 I am beyond honored and humbled to accept the title of America’s Next Drag Superstar. To finally reach the end of this journey with such intense support and love is something I could have only imagined in my wildest dreams. I promise to continue to honor the legacy of the crown as the winners before me have and uphold the qualities of all this title entails. I could not be standing in this position without the help of every single friend and designer who helped prepare me for the competition in any way possible. To my beautiful sisters @asiaoharaland @eurekaohara and @kameronmichaels as well as the rest of the cast and crew, thank you for always being kind and making this ride so beautiful. I’m beyond honored to be the current *rain*ing queen and I cannot wait to use this platform to continue to entertain, inspire, and celebrate the queer imagination and power of drag. 👑 shot by @santiagraphy wearing @florencedlee gloves by @wingweftgloves and hair from @bobbiepinzdotcom ⭐️ #AgeOfAquaria #TeamAquaria #DragRace @rupaulsdragrace @vh1