Newly-released documents confirm the feds went digging for gold in Elk County, but they deny finding anything 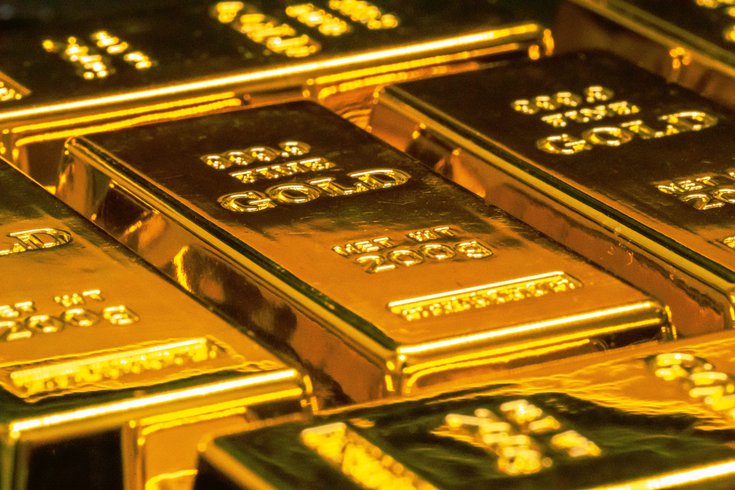 Dennis and Kem Parada, owners of the treasure hunting business Finders Keepers, had been looking for a fabled cache of Civil War-era gold for years before calling in the FBI to help dig up the site where they believed it was located.

Legend has it that dozens of Civil War-era gold bars were lost or stolen near Dent's Run — about 135 miles northeast of Pittsburgh — while en route to the U.S. Mint in Philadelphia more than 150 years ago.

The missing gold was purportedly shipped by the Union Army at the time of the Battle of Gettysburg. It could be worth as much as $400 million today.

Dennis and Kem Parada, a father-son duo that owns the treasure hunting business Finder Keepers, believe they found the spot were the gold ended up. But they are convinced the FBI unearthed it after the Paradas requested assistance excavating the Elk County site — and are covering up their discovery.

Newly released documents obtained by the Associated Press add more pieces to the puzzle. But the location of the gold — if there is any — remains a mystery.

The Paradas had been looking for the lost gold for years. After they detected an underground hunk of metal with the same density as gold in January 2018, they reached out to the FBI for help digging it out. FBI agents descended upon the wooded area in March 2018 to conduct tests of their own before fully excavating the site.

The agents said they came up empty handed.

Still, the Paradas are not convinced. Their lawyer successfully sued to gain access to communications between the FBI and the state's Department of Conservation and Natural Resources. Those records, provided to the AP, reportedly confirm the FBI was looking for gold, but the feds have long insisted nothing was found.

According to the records, about two weeks after the dig, Audrey Miner, a lawyer for the DNCR, emailed K.T. Newton, an assistant U.S. attorney in Philadelphia, asking for an update on the FBI investigation. The AP detailed their exchange:

In her reply, Newton told Miner: "For your knowledge only ... we have no other scientific evidence, other than what the excavation had been based on, that any gold is hidden in that area."

Miner emailed back: "I guess you can't come right out and state there is no gold to be found at Dent's Run?"

"Unfortunately, we cannot," the prosecutor replied.

Emails also showed an exchange in which Miner asked Newton why the gold, if found, would belong to the federal government. Newton said a federal affidavit in the case was sealed and instead offered to "discuss this generally with you on the phone."

During the dig, the Paradas said they were confined to their car and unable to watch the excavation. At the end of the second day, agents escorted them to the site where they saw a large, empty hole in the ground.

William Cluck, a Harrisburg attorney representing the Paradas, previously said the FBI told his clients that a survey they commissioned detected something big buried underground. The involvement of the FBI's Art Crimes Division and the sealing of case documents further raised their suspicions that the feds had removed something when they were not present.

"They had 50 agents there. ... We have witnesses that they were there all night with armored cars. So, what are we supposed to believe?" Cluck told PennLive in late January. "We are convinced that they found gold."

The FBI has long denied claims that the agents discovered something during the dig.

“The FBI unequivocally rejects any claims or speculation to the contrary,” a spokesperson told the AP last week.

In October 2019, a Commonwealth Court panel ordered DCNR to provide Cluck the communications pertaining to the FBI's dig at Dent's Run, PennLive reported. The state's Office of Open Records and DCNR had originally rejected Cluck's request.

In the panel's opinion, Judge P. Kevin Brobson wrote that a federal court order "does not provide any conceivable basis" for not releasing the information on the dig.

The Paradas have sought other treasures too.

Dennis Parada previously told PhillyVoice that he had determined the likely location of a treasure chest buried in Society Hill, as described by a 300-year-old letter stored at the Historical Society of Pennsylvania.

The letter claimed the chest was filled with doubloons, pistoles, reales and pieces of eight — coins associated with pirate tales. But Parada said he never went looking for it because he figured the chest likely was uncovered during years of development.