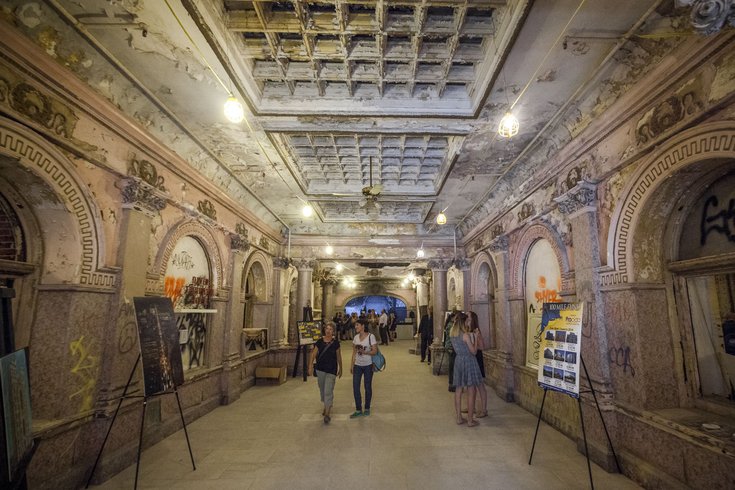 City officials formally broke ground Wednesday on the $44 million redevelopment of the Divine Lorraine Hotel, an architectural wonder that has sat vacant along North Broad Street since 1999. Doors were then opened to allow the public a chance to explore the first floor and purchase items from the "Divine Lorraine Hotel Collection" gift shop.

City officials formally broke ground Wednesday on the $44 million redevelopment of the Divine Lorraine Hotel, an architectural wonder that has sat vacant along North Broad Street since 1999.

PHOTO GALLERY: Inside the Divine Lorraine

The historic Victorian building, constructed in 1894, will be transformed into a mixed-use facility slated to include more than 100 residential units, retail space and a gound-level restaurant. The restaurant is expected to be "of the Vetri caliber," according to the project developers, Eric Blumenfeld Realty Management.

“As a lifelong Philadelphian, the Divine Lorraine holds a special place in my heart," Mayor Michael Nutter said in a statement. "It has a proud history and its redevelopment will create a future for this iconic building that rivals its past.”

The Divine Lorraine was constructed as a 10-story apartment building with a six-story utility annex but was converted into a hotel in 1900. It was sold to the Divine Peace Mission in 1948, operating as a hotel and mission center until 1999.

It has since sat vacant along the corner of Broad Street and Fairmount Avenue, but curious trespassers have been known to sneak into the building to catch a glimpse of its interior or to snap up-close photos of its iconic sign.

A pop-up shop featuring Divine Lorraine memorabilia, including the Divine Lorraine Hotel Collection, is open until 7:30 p.m. Tours of the first floor also are available. As of 3 p.m., those lines stretched along two blocks.

The restoration project is being financed by a combination of private investment, historic tax credits and various loans and grants from government entities.