Not all DNA test revelations produce a happy ending

For growing numbers, the result is rejection, sadness and emotional hurt, and there's few places to find support 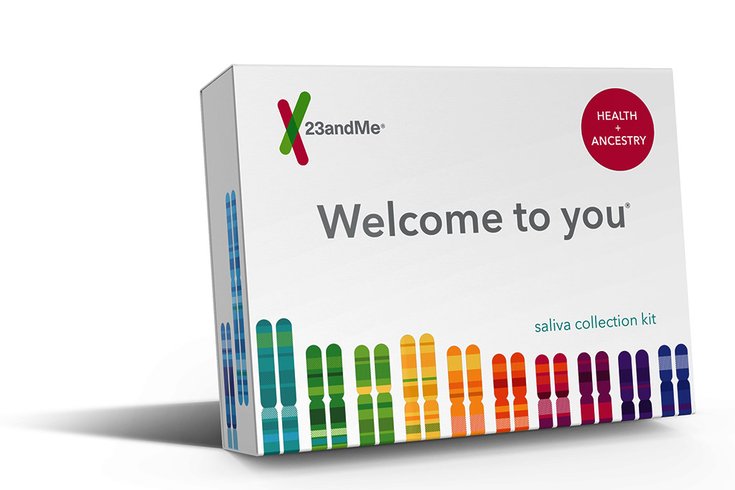 A saliva collection kit from 23andMe, which provides consumer DNA testing. The results “can definitely be life-changing, and we are sensitive to that,” a spokeswoman says.

The manner in which Jim Kuzowsky found Dennis McGinn – revealed by a genetic test after 38 years of wondering about his biological father's identity – is a case study for when the results of at-home DNA test works out well for all those involved.

We hear similar, perhaps less fascinating versions from time to time. What we don’t hear about all that much is the flip side. The rejection, sadness and emotional hurt when matches don’t have happy endings. It’s a growing trend that worries those who’ve experienced it.

In June 2017, Catherine St. Clair sought – and couldn’t find – an emotional-support group for those who face a non-paternity event (NPE) which causes a “break in the link” between surnames and the person believed to be a father.

DNA testing had a startling revelation for St. Clair: the man who raised her and was married to her mother for 50 years was not her biological father.

So, she created an NPE Friends Fellowship Facebook group. Within a week, she had more than 20 members. Within a year, it grew to more than 1,000 and that number continues to grow rapidly.

“The majority of people with unexpected DNA findings when it comes to relatives face feelings of anxiety and distress, even those with happy endings,” she told PhillyVoice during a phone interview from Texas last week. “What is this? What does this mean to my role in the family? How will relatives react? That’s the norm.”

Some face rejection when they reach out to newly-found relatives, which can deepen the pain they feel. She urged people who face this reaction not to give up hope.

“We have a lot of members, more than half, who made contact and were initially rejected,” she said. “Just because you have a door shut in your face right now doesn’t mean the story is over. It’s just a chapter. Don’t lose hope. This happens more often than not.”

She likened it to a 16-year-old daughter telling her parents she’s pregnant, something that often causes negative reactions initially.

“This is changing the culture of how people keep secrets in families. Conservatively, I think some 20,000 people will soon be knocking on my door. These people are hurting and have nowhere else to go." – Catherine St. Clair

“She’s crying her eyes out. Ugly things are said. There are ugly reactions,” she said. “After time, as the reality marinates, they adjust to the new reality. Whether they like it or not, there will be another person out there that they’re connected to. It takes some time to adjust. Nine months later, the same people who were negative are hugging at the hospital, handing out cigars.”

As stories of similar revelations make their way into the public sphere, more people are seeking this sort of support.

“That’s why it is so important to get word out in this way. It’s fine to be scared and retreat, but make it a temporary thing,” St. Clair said, urging those who face such a reaction to make it clear that they’re doing so to get family medical histories and to see photos “so we can see the reflection in the mirror.”

She’s not a counselor by trade, but an ordinary person going through the same emotions.

“What I suggest to my members when they go into a situation with a new biological family is to realize that it’s only natural that their inner child wants to be embraced with open arms,” she said. “What I did was look at it personally through my logical and emotional sides. Your adult needs to protect your inner child.”

The uncharted mental-health issue is burgeoning with the popularity of consumer DNA testing.

“This is changing the culture of how people keep secrets in families,” she said. “Conservatively, I think some 20,000 people will soon be knocking on my door. These people are hurting and have nowhere else to go. It’s the only thing they can anchor on.”

'IT'S A GRIEVING PROCESS'

What started as a personal hobby developed further when she, too, noticed there were few support groups.

“People had no place to turn when they had shocking results,” she said. “Now, it’s happening enough that people have started to find each other, provide support for one another. Unless you’ve experienced it yourself, you can’t relate to how it can turn lives upside down.”

She said people react in different ways, but there are similarities: shock, anger, feeling tricked or duped by family members.

“Some say they felt different from siblings but couldn’t say exactly why. For some people, it explains why they look different,” she said. “Feelings like that can change over time. The passage of time can help. It’s a grieving process. It’s shocking. And, there’s no timeline for rebuilding your identity.”

Like St. Clair, she said it’s changed the way that secrets can be protected, but overall, “it’s a good thing because of the implications in other areas of life.

“It’s kind of getting out ahead of us faster than we can keep pace,” said Kirkpatrick, who oversees four private Facebook groups capped at 100 members.

Christine Pai, spokeswoman for 23AndMe Inc., a California-based personal genomics and biotechnology company, acknowledged that genealogical reveals can be a double-edged sword. The “notification” option is one way to temper the blow, as does language alerting customers that they might “discover some unexpected connections” through the service.

Reactions, she said, have been mostly positive, as some 96 percent of people find connections at, or closer than, a third-cousin level. As of last January (the last figures publicly available), 23andMe has some five million customers worldwide.

“It’s incredibly powerful, especially for adoptees who can discover valuable health information,” she said. The results “can definitely be life-changing, and we are sensitive to that.”