Documentary on history of graffiti to be shown at International House

Learn how graffiti began in Philly 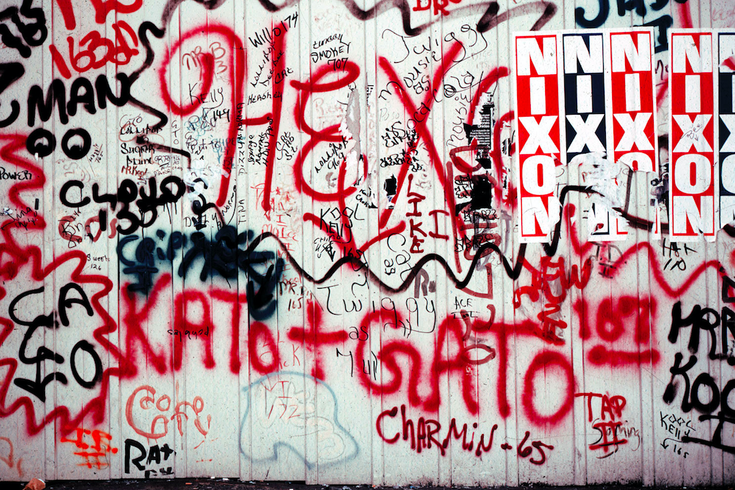 Wall in the Bronx featuring Nixon posters and a CHARMIN 65 tag.

Director Roger Gastman's documentary "Wall Writers: Graffiti in its Innocence" traces the history of graffiti from its beginnings in 1967. The film shows how graffiti and the movement it started in Philadelphia and New York transformed cities, public spaces and art.

Dozens of testimonies are included in the film, from graffiti's originators, journalists and politicians.

There is also a companion book to the documentary, which attendees can get signed at the event.

Tickets to view the film are free for International House members, $9 for the general public and $7 for students and seniors with ID.

"Wall Writers: Graffiti in its Innocence"