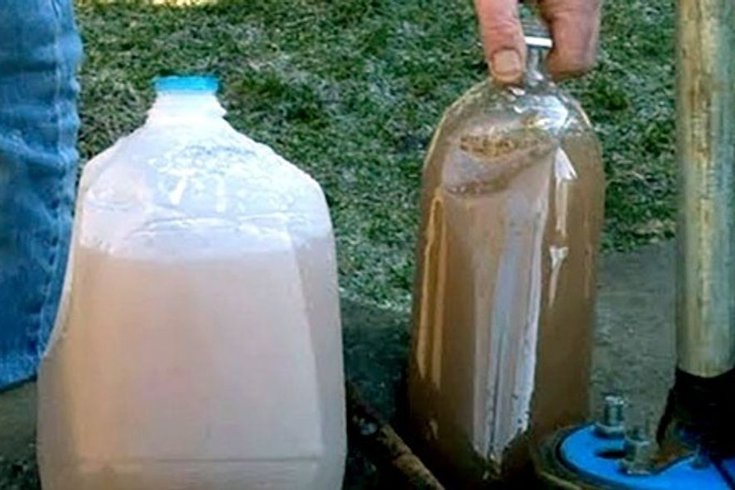 Contaminated drinking water from a well in Pennsylvania.

We have a climate emergency here in Pennsylvania and we need action now. We need to start acting like our children's futures depend on it — because it does. I’m asking that all candidates for the U.S. Senate in Pennsylvania join me in calling for an end to fracking in the commonwealth. We must act now.

We need to stop posturing and making empty statements without advocating for real change before more people die from catastrophic weather events and cancers caused by harmful byproducts of highly subsidized carbon-based fuel production. We must end fracking now, stop subsidizing the gas and oil industry to the tune of $568 billion, and re-invest those funds immediately into renewable, clean, sustainable energy.

Clean water and clean air are basic rights that should be protected for all Americans. Fracking not only contributes to the warming of our planet by producing methane, but it also directly harms mothers and babies. In fact, infants who are born within a one-mile radius of a fracking site are born with 25 percent less birth weight, and people within the same area have highly toxic levels of carcinogens. Just this past year alone, a family testified in front of the Pennsylvania grand jury that their children have been waking up with sores in their mouths and with bleeding noses. Isn't that, in and of itself, enough good strong evidence and data to advocate for change?

The professed argument that jobs will be lost, especially in Western Pennsylvania, is a spurious one, and not a strong enough reason to continue funding and supporting an industry that harms the health and well-being of our population in exchange for the profits which are generated on the backs of, and at the expense of, the health of our Pennsylvania families. We can reinvest current subsidies, retrain workers, and create jobs with a living wage, founded on our new green economy, which will far surpass the total amount of any jobs which might possibly be lost by the gas industry in Pennsylvania.