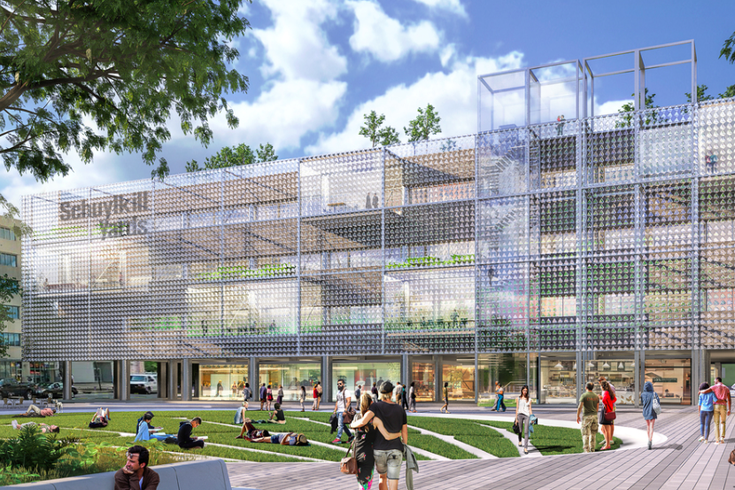 Drexel University and Brandywine Realty Trust will join forces on a major development in University City that will transform a 14-acre corridor into an innovation hub.

Schuylkill Yards, a visionary neighborhood innovation district, was introduced Wednesday at a ceremony in University City, where Drexel president John Fry explained the project's goal to further integrate the urban environment as a site for collaboration and innovation.

The $3.5 billion mixed-use development will be situated on a site adjacent to 30th Street Station and Brandywine's Cira Centre, encompassing five million gross square feet of real estate in one of the nation's busiest districts for education, medicine and regional transportation. It will combine entrepreneurial ventures, educational facilities, hospitality and cultural venues, and open public spaces. 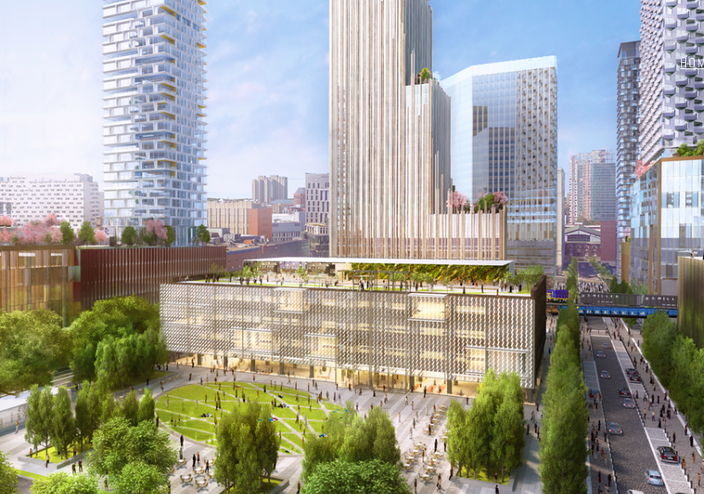 “Drexel has always believed there’s a superior use for this unique location — essentially the 50-yard line of the Eastern Seaboard — as a neighborhood built around collaboration and innovation," said Fry. "That’s why the University assembled these parcels, and the time is right to put this vision into action."

“We’re looking forward to a generation of partnership with Brandywine Realty Trust. We selected them as master developer because of their nationally recognized expertise and financial capacity, and also their deep understanding of the project’s potential impact on Philadelphia. Schuylkill Yards is more than a large-scale development project; it will be the heart of America’s next great urban innovation district.”

The scale of the project, which will be completed in multiple phases over a period of about 20 years, represents one of Philadelphia's most expansive development initiatives in recent history. It is expected to create thousands of jobs, generate millions of dollars in tax revenue and fortify Drexel's reputation for cutting-edge research and an emerging business incubation climate. 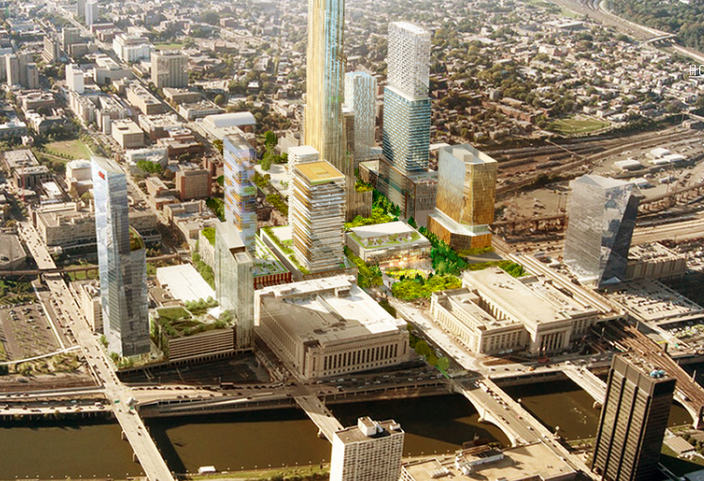 “Schuylkill Yards is a big step forward in University City’s transition to a next-generation business district. It will provide our region’s current and future innovators with a central hub for collaboration and signal to the world that Philadelphia is ready for business in the 21st century’s new economy,” said Philadelphia Mayor Jim Kenney. "Drexel University and Brandywine are creating one of the most valuable assemblages of real estate in the nation, and all of Philadelphia’s residents, institutions, businesses and visitors will share in the prosperity generated by this new center of innovation.”

Brandywine Realty Trust, the developer behind the renovated 30th Street Station Main Post Office and the rising FMC Tower at Cira Centre South, will break ground later in 2016 on Drexel Square, a 1.3-acre park at 30th and Market streets. Renovations will also be made to the historic former Bulletin Building, including a dynamic front screen.

“Drexel University and Brandywine’s shared vision for the continued renaissance of University City provides a strong foundation for a long-term partnership. Together, we will create a dynamic and world-class innovation hub to attract the brightest minds to our region,” said Gerard H. Sweeney, president and CEO of Brandywine Realty Trust.

The entire Schuylkill Yards project has been designated a Keystone Opportunity Zone, meaning future businesses and residents there will receive tax benefits in addition to the inherent advantages of a location with immediate access to employment and development opportunities. 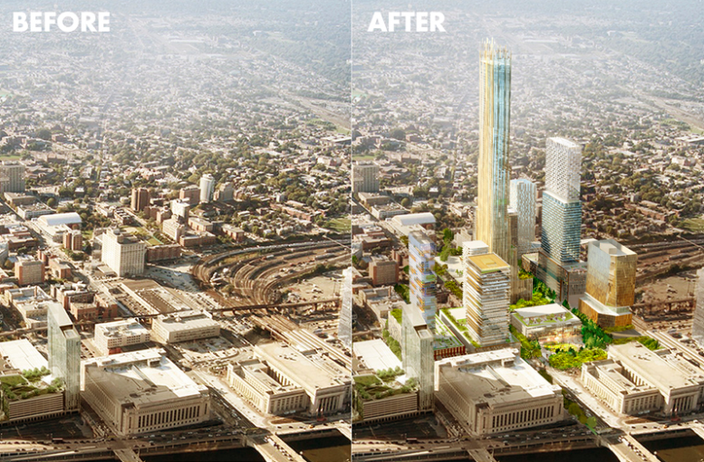 Schuylkill Yards before and after.

“Schuylkill Yards will bring new, innovative businesses and residents to Pennsylvania, and the potential economic impact is tremendous," said Pennsylvania Governor Tom Wolf. "Those who choose to make Schuylkill Yards their home will have access to many of the most innovative companies, organizations and educational institutions in our state.”

Among the new facilities slated for the first phase of development are a tower at 31st Street and John F. Kennedy Boulevard, which will house offices and labs, and a mixed-used skyscraper that will reach as high as 950 feet, about the same height as the Comcast Center at 1701 JFK Boulevard. Later on, the development will include another two towers between Market and Chestnut streets and 30th and 31st streets, as well as a possible collaboration with Amtrak on its 175-acre north railyard.

“Schuylkill Yards will undeniably transform Philadelphia’s skyline as new towers rise on the west side of the Schuylkill River," Sweeney said. "Brandywine’s existing ... projects in University City will provide a synergistic connection to Schuylkill Yards, creating a seamless access point to Center City and strengthening the eastern edge of University City as a whole.”