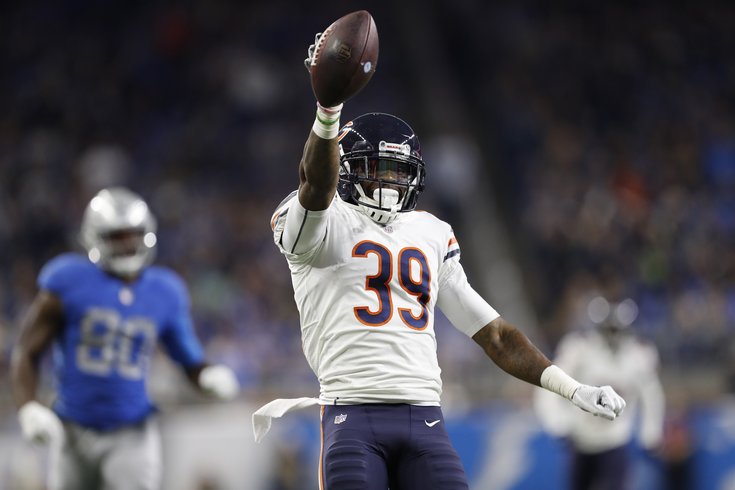 The Philadelphia Eagles will head into their wildcard weekend playoff matchup against the Chicago Bears with a laundry list of injured players, as they've done all season. The Bears, meanwhile, have had incredible injury luck in 2018.

• QB Carson Wentz: Wentz will be inactive for now, but we'll see if that changes if the Eagles are able to advance in the playoffs.

• CB Sidney Jones: Jones has suffered several setbacks this season to a hamstring that has never really gotten better.

• WR Mike Wallace: Wallace began the season as the No. 2 receiver, as something of a replacement for Torrey Smith in the speed receiver role, but he broke his fibula against the Buccaneers Week 2, and has been on IR ever since. The team activated Wallace off of IR a couple weeks ago.

• DT Bruce Hector: With Jernigan up, Hector is down.

• OG Matt Pryor: Pryor is back down after being active for the first time last week.

• OG Chance Warmack: With Issac Seumalo returning to the field, Warmack is down.

The Bears will unexpectedly be without TE Trey Burton:

• CB Bryce Callahan: Callahan was the Bears' slot corner before he broke his foot against the Rams. On the season, he had 45 tackles, 2 INTs, 2 sacks, and 6 pass breakups.

That's it -- just two players worth noting on IR for the Bears.