Former Eagle Chris Long weighs in on team's struggles: 'Carson is not the problem' 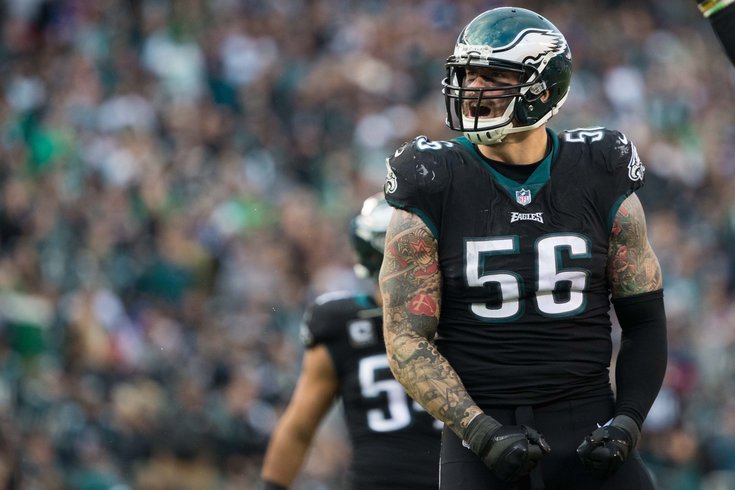 The 3-4 Philadelphia Eagles will look to get back on track Sunday against the Buffalo Bills, but their embarrassing loss to the Dallas Cowboys on "Sunday Night Football" continues to hang over the organization.

Former defensive end Chris Long, who retired this offseason, appeared this week on "The Ryen Rusillo Podcast" to discuss the Eagles' situation and the rest of the NFL landscape.

Long spent two seasons in the Eagles' locker room, so he's about as qualified as anyone on the outside can be to evaluate what's going wrong in Philadelphia.

"Carson (Wentz) is not the problem in Philadelphia," Long said. "He's just not."

Long said Monday he was told by a source — last year — that the anonymous complaints to Anderson did not come from Jeffery. He couldn't confirm anything with respect to this season.

"I'm disappointed with any player that has an issue with a teammate and doesn't come to that teammate, and goes to a reporter," Long said. "There have been situations where reporters have come to me because I'm media friendly, and tried to get me to sink people, or sink coaches. And I just don't do it because it's bull****. That's not the way you do things."

In light of all the scrutiny Wentz has been under over the past year — including what came from sources who spoke to PhillyVoice contributor Joe Santoloquito — Long said he understands why Wentz may be pressing. He also feels Wentz has not played poorly in 2019, with the exception of the Dallas game.

"Quite frankly, I would press too if I were Carson," Long said. "I mean, there's a statue of Nick Foles outside the building. I don't care if everyone knows you're a franchise quarterback. It's hard when you felt like that year you were having an MVP campaign and that ring is yours. He had an opportunity, I think, if we're in the playoffs, it would have ended up just the same. And that's not to take anything away from Nick."

Ultimately, Long believes Wentz will be fine in Philadelphia, but the controversy, pressure cooker and poor starts to games will continue to make it a challenge for him.

"There is no way you can tell me he is not a franchise quarterback," Long said. "I just don't believe it. His ceiling is too high. We can't cherry pick. And what he could do is not press as much, but what goes into that is, you can't spot teams 14 points routinely."