Corbyn Nyemah allegedly tried to break into the defensive tackle's home on Oct. 15 to speak to his ex-girlfriend 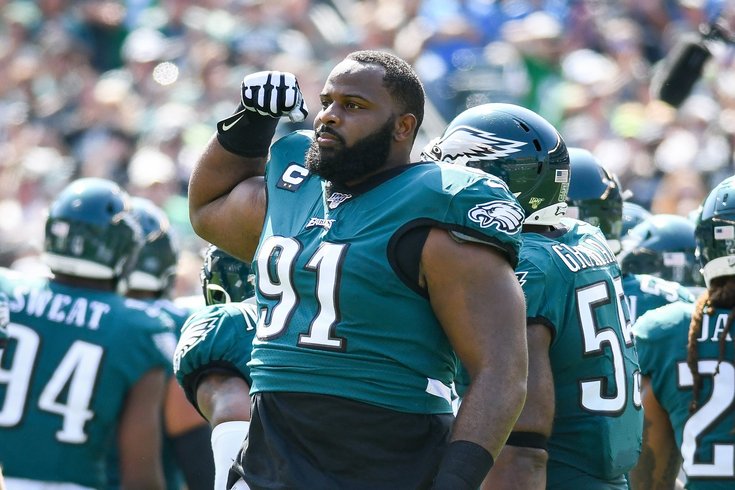 Corbyn Nyemah tried to break into Fletcher Cox's home in Gloucester County to speak with his ex-girlfriend after allegedly damaging her vehicle. The defensive tackle for the Philadelphia Eagles chased him off his property with a shotgun.

Fletcher Cox chased off a potential burglar last week when a man, looking to rekindle a relationship with his ex, tried to break into the Philadelphia Eagle's home in Gloucester County.

Corbyn Nyemah went to the defensive tackle's home in Mullica Hill on Oct. 15, hoping to speak with his ex-girlfriend, according to court documents obtained 6ABC. He allegedly damaged her vehicle, and then attempted to enter Cox's home by throwing rocks through his front door. Surveillance cameras showed Nyemah carrying a baseball bat and attempting to break into the garage multiple times.

Cox armed himself with a shotgun and then called police to report a man was trying to break into his home. Cox was able to chase Nyemah off his property, and the suspect left in a Porsche SUV. Police began to pursue the suspect but it ended at Commodore Barry Bridge due to his "erratic driving."

He was captured by U.S. Marshalls late last week and was posted on bond, the court documents say. Nyemah has been charged with burglary, two counts of criminal mischief and resisting arrest.

While Nyemah would not discuss specifics, he did not deny the attack and said what was detailed in the court records was true, according to the report by 6ABC. He allegedly wanted to speak with his ex-girlfriend, whom he dated for two years, to rekindle their relationship.

Nyemah's former girlfriend was granted a temporary restraining order. He is expected to appear in court later this month.

"As far as the security issue, we look into it," Coach Doug Pederson said about the incident in a press conference on Wednesday morning. "The police get involved and really from that standpoint I can't do anything other than hear the results of the investigation and what comes out of that."