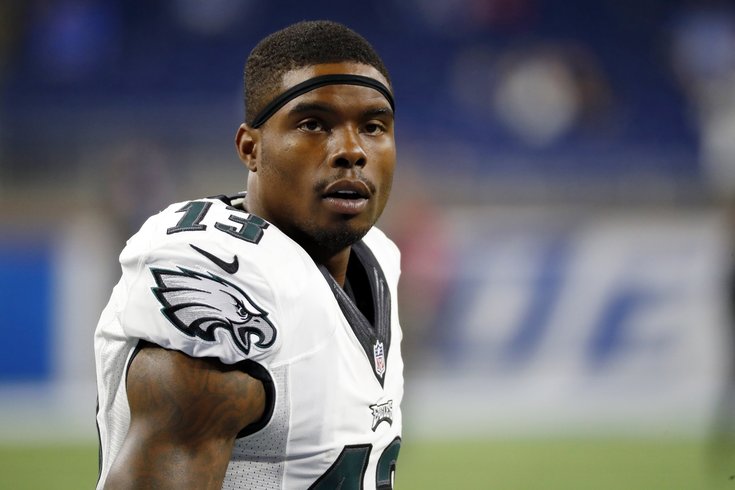 Josh Huff was released by the Eagles two days after his arrest.

On Tuesday, Philadelphia Eagles wide receiver Josh Huff was arrested on the Walt Whitman Bridge for DUI, possession of marijuana, and possession of a 9-mm handgun for which he did not have a permit in New Jersey, along with a magazine containing six hollow-point bullets.

Whatever discipline Huff will face at the hands of the NFL or the Eagles will not come immediately, as Doug Pederson said that Huff will play this Sunday when the Eagles face the New York Giants.

"Until I find out exactly the severity of it and what’s going to happen down the road, right now nothing, and we’ll take it one day at a time," he said.

While Huff has not been a big factor in the Eagles' passing game this season, he has become an excellent player on special teams, both in the return game and in kick/punt coverage. He leads the NFL in kick return average, at 36.0 yards per return, returning one kick return for a score against the Minnesota Vikings Week 7.