Eagles film breakdown: Isaac Seumalo was horrendous vs. the Falcons 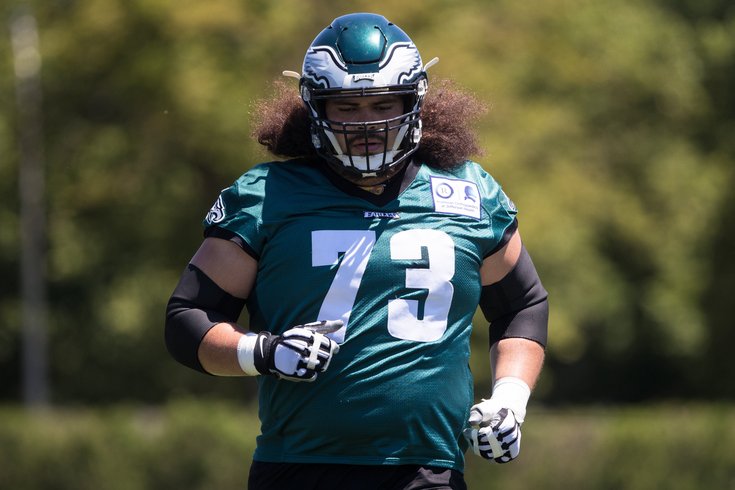 Isaac Seumalo's starting job has to be at risk after his horrendous performance Week 2 vs. Atlanta.

In Week 2 of the 2017 season against the Kansas City Chiefs, Isaac Seumalo had a brutal game, and he was benched in favor of Stefen Wisniewski. Last Sunday night against the Atlanta Falcons, he was worse.

We put together something of a lowlight reel on Twitter, which you can check out here:

Done yet? How many times did you vomit? Anyway, Doug Pederson was asked about Seumalo's game on Wednesday.

"I have the utmost trust in him," Pederson said. "He'll make the corrections from the other night, he'll move on. He's a pro about it. He's a professional at practice, and he'll correct it, and I have no issues with him."

The Eagles don't have any reserve guards on the roster who are typically active on game day, unless you count Halapoulivaati Vaitai, who got his first ever action at guard Week 1, and looked less than awesome himself. Stefen Wisniewski had a very bad training camp and preseason, but he's still available.

It's really hard to play any worse than Seumalo did on Sunday night, and it puts Carson Wentz's gutty performance even more into perspective.