Eagles have two new assistant coaches, and will need to hire a third

MOBILE, Ala. -- The Eagles made a few changes to their coaching staff today. They hired Cory Undlin to coach the defensive secondary, and Justin Peelle was promoted from assistant tight ends coach to tight ends coach.

Undlin will replace John Lovett, whose secondary gave up the third most plays of 20+ yards in the history of the NFL in 2014. Peelle will replace Ted Williams, who turned 71 last November. Both Lovett and Williams will now work in the team's pro scouting department.

Undlin has had stints as an assistant coach with the Patriots, Browns, Jaguars, and Broncos. In the years Undlin's title was "defensive backs coach," here is where his teams ranked against the pass: 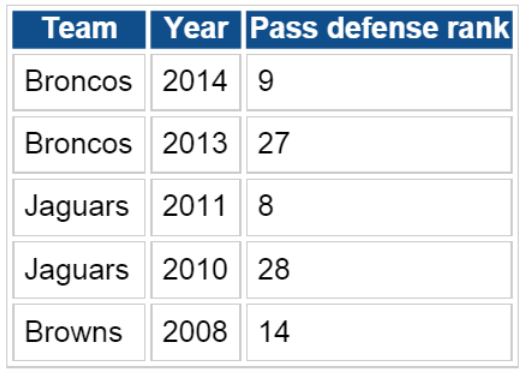 In the two seasons Lovett coached the Eagles' defensive secondary, the Eagles ranked 32nd and 31st, albeit against an abnormal number of snaps and with bad players.