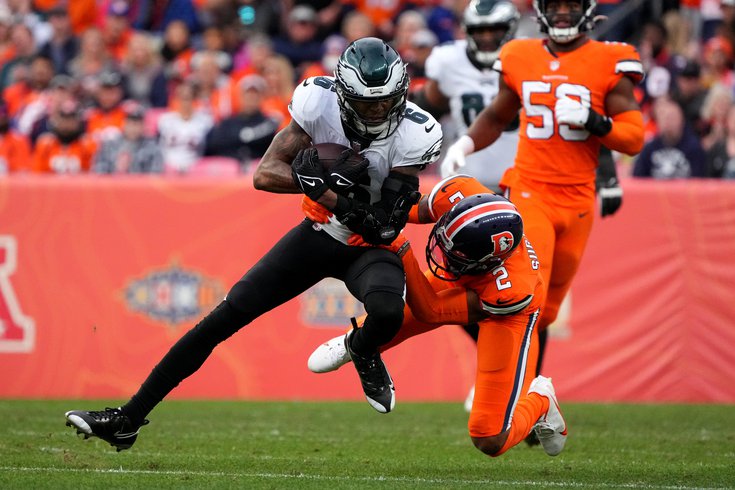 DeVonta Smith had a big game against the Broncos, catching a pair of touchdown passes in the Eagles' win in Denver, including this ridiculous grab to put the Birds up early and on their way to a 30-13 victory.

In the second quarter, the rookie wideout added another score.

Following that second TD, Smith, whose big game came on his 23rd birthday, broke out quite the celebration.

While that might be reminiscent of the "You've got no marbles" bit from the Major League movies to an older generation, it actually dates back to the same era. While head coach Nick Sirianni would only say that it was something to do with "the Fab 5's motto," Jalen Hurts offered up a bit more during his postgame presser, explaining it was a reference to a 1992 Geto Boys song...