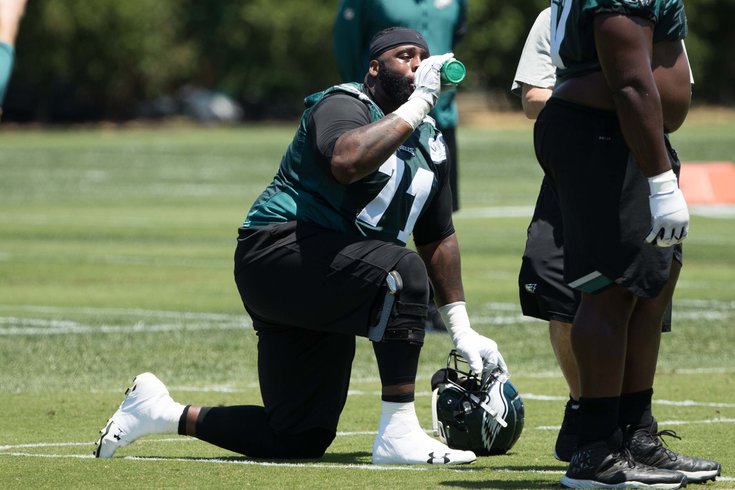 One of the biggest decisions facing the Philadelphia Eagles this offseason is whether or not Jason Peters will remain with the team in 2019. Back in our "stay or go" series in January, we covered in detail both sides of the argument. We won't rehash all of that here. Instead let's let the general manager tell us how he feels about Peters.

On Wednesday, Roseman fielded questions about Peters, and in my view, his answers were a little cooler in comparison to the way he has spoken about Peters in the past.

"He’s not a normal human being," Roseman said on Wednesday. "He’s freaky. He’s a first-ballot Hall of Famer as a player and as a person. So normal rules don’t apply when it comes to Jason. Everyone on our team, anyone who is a free agent, anyone we have decisions on, those are discussions we'll have with those players individually."

In a follow-up question, not specifically about Peters, Roseman was asked about making tough decisions on players who have meant so much to the franchise.

"The hardest thing we have to do (with decisions) is separate the emotion from it," he said. "Quite frankly, we’re an organization led by our owner and led by our head coach that emotion plays a part in some of the decisions we make. We get attached to our players because they do so much for us. I don’t know that that ever is going to go away as long as this leadership is in place. We try to balance those things, but it’s hard. It’s hard. In this day and age, it’s hard also for guys to spend their whole careers with one team. There is a lot of player movement. But I can tell you, with all of the evaluation that we do, at the end of the day, those things don’t matter."

This time last year at the Combine, Roseman left little doubt that Peters was returning to the team.

"Jason Peters is a Hall of Fame player," Roseman said at the time. "I think the most amazing thing about Jason is every year people ask about his age, ask about him. And he continues to defy the odds. When you go back and look at our season and look at his reps (before he got hurt), he wasn’t just good. He was dominant.

"One of the unsung stories of our season was that group of six guys (on injured reserve) who were in the training room every day. Instead of sulking about their role on the team, they were out there encouraging their position groups, working as hard as possible. Even the week of the Super Bowl, those guys were working their asses off to get back (next year). They have a chip on their shoulder and we can’t wait to see what they have in store."

In 2017, Peters was indeed a dominant player before he tore his ACL, which Roseman pointed out. In 2018, he was still an above average tackle, but certainly far from dominant, and I believe the difference between Roseman's comments this year and last year reflect that.

Peters may very well return (and in January, I personally thought he would), but Roseman left some window of doubt on Wednesday.