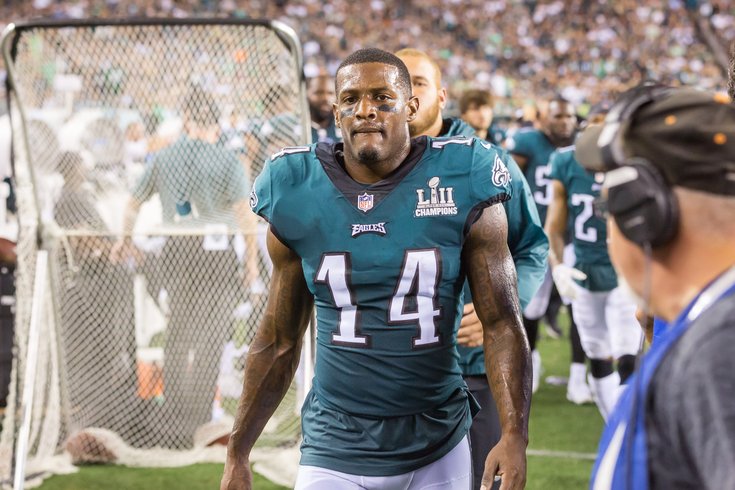 The Philadelphia Eagles made four roster moves on Monday, most notably, reactivating wide receiver Mike Wallace off of injured reserve and back onto the 53-man roster. Let's take a look at all four moves:

• WR Mike Wallace added back to the roster: Wallace began the season as the No. 2 receiver, as something of a replacement for Torrey Smith in the speed receiver role, but he broke his fibula against the Buccaneers Week 2, and has been on IR ever since. Wallace is unlikely to play Week 17 against the Washington Redskins, but he could get back out on the field in the playoffs, should the Eagles make it there.

• Eagles release CB DeVante Bausby: Bausby was a standout in OTAs, minicamp, and the start of training camp, but his play fell off, and he did not make the initial 53-man roster. After a slew of injuries at the cornerback position, the Eagles signed Bausby, and he appeared in six games, even starting one against the Giants. Bausby did not look good, particularly against the Cowboys, when he simply could not hang with Dallas WR Amari Cooper.

• Eagles release CB Chandon Sullivan: Sullivan had a nice camp, and landed on the practice squad. Again, after a string of injuries at corner, he was brought up to the 53-man roster, and appeared in five games, starting one, also against the Giants. The guess here is that the Eagles will try to add Sullivan back to the practice squad once he clears waivers.

• Eagles promote CB Josh Hawkins from the practice squad to the active roster: Hawkins has three years of NFL experience, playing for the Packers, Panthers, and Chiefs. In 2017, Hawkins played in 15 games (three starts), registering 38 tackles, six pass breakups, and one forced fumble.