The Knicks' starting point guard wore a Jalen Hurts jersey to the team's home game against the Wizards on Wednesday night. 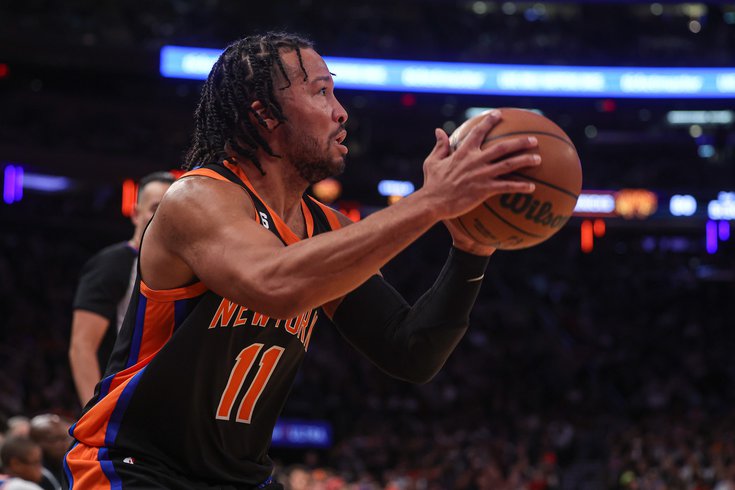 Being just a quick I-95 drive away, the Eagles-Giants rivalry has some fire to it with the respective fan bases being so close to each other. That annoying Giants fan you want to college with? They're talking smack this week.

One New York player, however, is repping the Birds up in the Big Apple. Knicks guard Jalen Brunson, a former star at Villanova who grew up in South Jersey, sported a Jalen Hurts Eagles jersey on his way to the team's game against the Wizards on Wednesday night:

Can you imagine, say, Tobias Harris, a Long Island native, wearing a Giants Daniel Jones jersey to a Sixers game in the lead-up to this Saturday night playoff matchup? It would be chaos. That's masterful trolling from Brunson.

Never, under any circumstances, count out the devotion, passion and straight-up weirdness of Eagles fans.