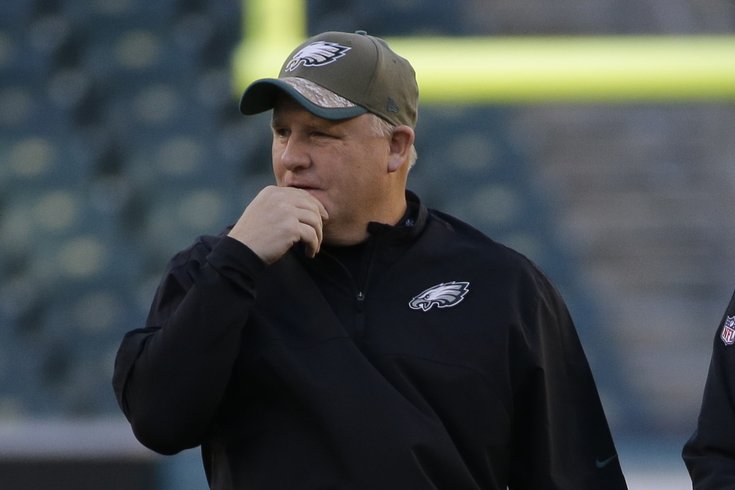 Eagles head coach Chip Kelly watches the Birds warm up before a December game against the Seahawks.

The Eagles have hired their new "GM" ... err, "vice president of player personnel." That would be 30-year-old Ed Marynowitz, who had previously served as the Eagles' "assistant director of pro scouting" and "assistant director of player personnel." He also directed the University of Alabama's "recruiting efforts" under Nick Saban at Alabama, and is thought of as a rising star in NFL front office circles. 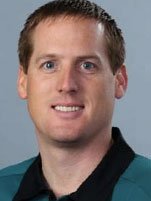 “Ed is someone who has really impressed me going back to my interview process with the Eagles two years ago,” said head coach Chip Kelly on Marynowitz (left). “He’s very bright, detailed, organized and his vision was aligned with what we want to accomplish. I spoke with a lot of people outside of our organization over the past few weeks and in the end, Ed was the most impressive.”

“I can’t tell you how well thought of Ed is in the scouting business. What many people in the football community told me matched exactly what I thought of him from Day One.”

“When you work with him and meet with him regularly - which I have done over the last two years - you appreciate how smart and thoughtful he is,” added Kelly. “I’m excited to continue working hand-in-hand with him for the next several years.”

The front office dynamic between Marynowitz, Kelly, and Howie Roseman remains somewhat unclear, although Marynowitz's background is rooted in player evaluation, as opposed to salary cap and money management responsibilities. With Marynowitz being promoted from within the organization, he will already be fully aware of how everyone previously worked together.