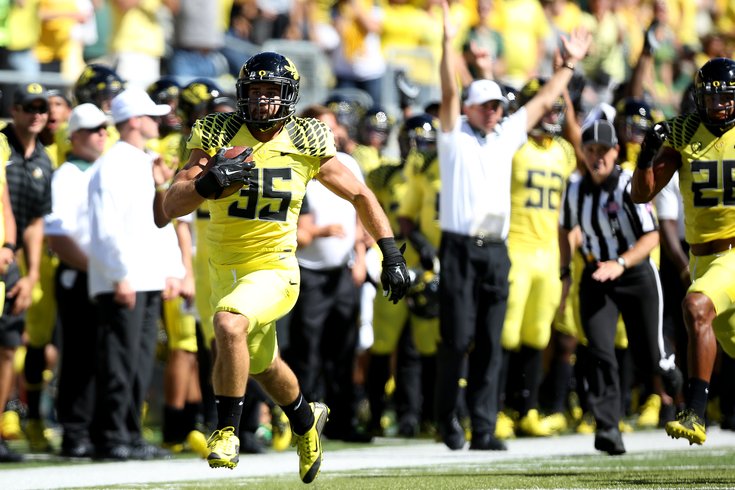 Chip Kelly may be gone, but the Eagles are still drafting Ducks.

Walker led the Ducks in tackles in 2015, with 87 of them. He added six tackles for loss, and two sacks.

The Eagles' starters at linebacker at set. However, they have next to nothing in terms of depth. Here's how I would project their depth chart heading into the draft:

Jordan Hicks was a steal in the 2015 NFL Draft, but he slid to the third round because of his injury history. Obviously, last season, after a brilliant start to his rookie season, he was lost for the year with a torn pectoral muscle.

Meanwhile, both Mychal Kendricks and Nigel Bradham have missed seven games over the last two years.

The Eagles did not add a linebacker until the third-to-last pick of the 2016 NFL Draft, and Walker is likely to contribute primarily on special teams.

Here's a crazy in which a Utah player dropped the ball DeSean Jackson-style before reaching the end zone, which Walker picked up and returned for a TD the other way: