DeVonta Smith is a toe tap machine, with gifs and stuff 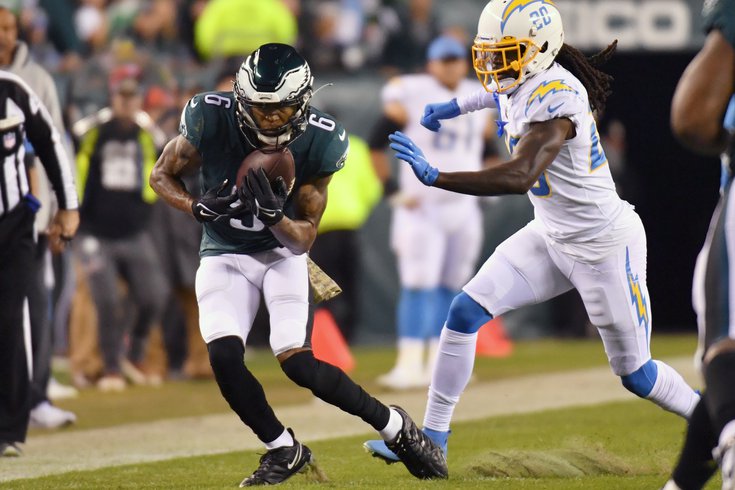 DeVonta, you toe draggin' sonofabitch, you.

In the Philadelphia Eagles' win over the New York Giants on Sunday, DeVonta Smith had an incredible toe drag reception for a touchdown. With his back facing the sideline, Smith had one toe in bounds, and without allowing his heel to come down out of bounds, he was able to touch his other set of toes in bounds for the score.

Smith said of his catch, "I kind of felt like Michael Jackson."

It's the type of field awareness and body control that one might expect of a star veteran receiver, not a rookie. And really, it was just one of many that Smith has had throughout his rookie season.

I thought I'd try to find the others, and came up with a total of nine Smith toe drag receptions this season. Enjoy. You just have to click "Watch on YouTube" because the NFL doesn't allow embeds on other websites for some idiotic reason.