The Eagles have been better in the season's second half, and they were in Week 16 too 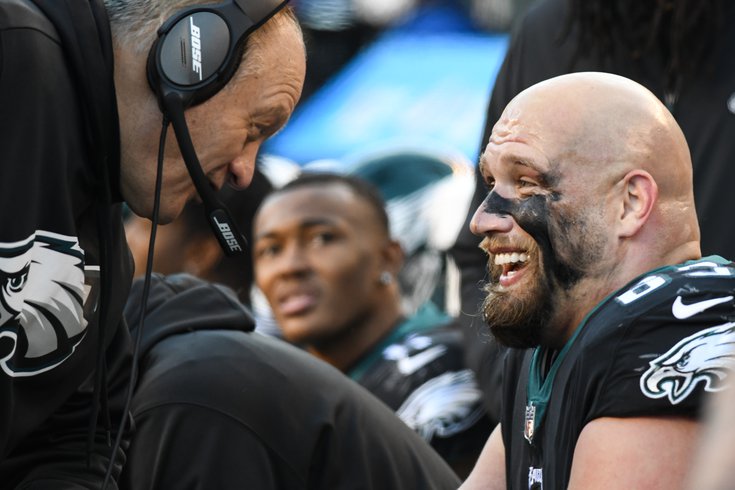 It wasn't the prettiest football game you'll see this season, but the Philadelphia Eagles survived an awful first half and eventually took care of business against the wretched New York Giants, 34-10.

Yes, the Eagles won, by 24 points no less, but before we get to the positives from this game, it should probably be noted up front that if they had played a good team on Sunday, it might have gone very differently.

The Eagles' offense was straight up terrible in the first half. They fumbled twice, they were fortunate to have an interception overturned on review, they had at least four drops, they missed a field goal, and they only scored three points.

That's not going to fly against a full-strength Cowboys team Week 18, or any other team in the playoffs. The Eagles got their third straight win, but they must play better.

Fromm got the start at quarterback, but he was benched in favor of the previously benched Mike Glennon. Both were horrendous, playing in front of a bad, beat-up offensive line, throwing to a depleted group of wide receivers, and handing off to an non-explosive version of Saquon Barkley.This Giants team that took the field against the Eagles today was probably the worst team the Eagles have faced all season. They were worse than the Jets, worse than the Lions, and worse than the Garrett Gilbert-led Washington Football Team. 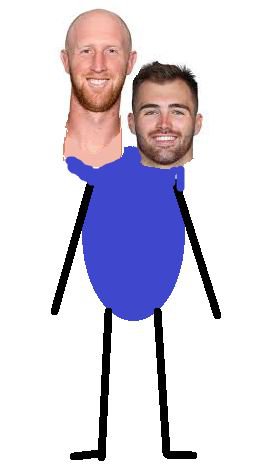 The Fromm/Glennon two-headed monster combined for 23 of 44 passing for 118 yards, 1 TD, 2 INTs, and QB rating of 46.8. Honestly, those stats look a lot better than the eye test, and the Giants only scored a touchdown because a weak "unnecessary roughness" call extended a drive.

Credit the Eagles' defense for shutting down this pathetic excuse for a roster assembled by Dave Gettleman, but the Eagles owe the Giants a huge thank you for sucking as badly as they did. The Eagles looked better in the game they tanked last season than the Giants looked today.

The Eagles have a three-game win streak against Zach Wilson, Gilbert, and the combination of Fromm and Glennon. Next week they'll likely get Taylor Heinicke. Again, a win is a win, and credit the Eagles for taking care of business, but far more difficult challenges are on the horizon.

Smith made two excellent catches against the Giants. On the first, he had his man beaten deep for what could have been a TD with a better throw, but he was able to track the ball in the air and high-point it for a 46-yard gain.

Later, Smith toe-tapped in the front corner of the end zone for a touchdown.

He has made those sideline catches look routine. In his postgame interview, Smith said he felt like Michael Jackson moonwalking while trying to keep both feet in.

With the Eagles holding a three-score lead and the Giants unable to move the ball at all, Nick Sirianni drew up a fun play for Lane Johnson.

Johnson deserved a Pro Bowl bid, but incomprehensively wasn't even named as an alternate. A TD catch is a nice consolation prize. The play call was named "East Texas," because, you know, Lane is from East Texas.

The Eagles ran for 130 yards, which is still very good, but not on a pace established over the last seven games. Comparisons to the 1985 Chicago Bears will slow down this week, I imagine.

The concern going forward is that Miles Sanders (hand) and Jordan Howard (stinger, uh oh), both left the game early and did not return. Their progression this week will be interesting in the leadup to the Eagles' Week 17 game against Washington.

Edwards had 16 tackles on Sunday. Since becoming the team's top linebacker over the last eight games, Edwards has 84 tackles, or 10.5 per game.

With their win over the Giants, and the Vikings' loss to the Rams, the Eagles moved into the 7 seed in the NFC wildcard hunt. 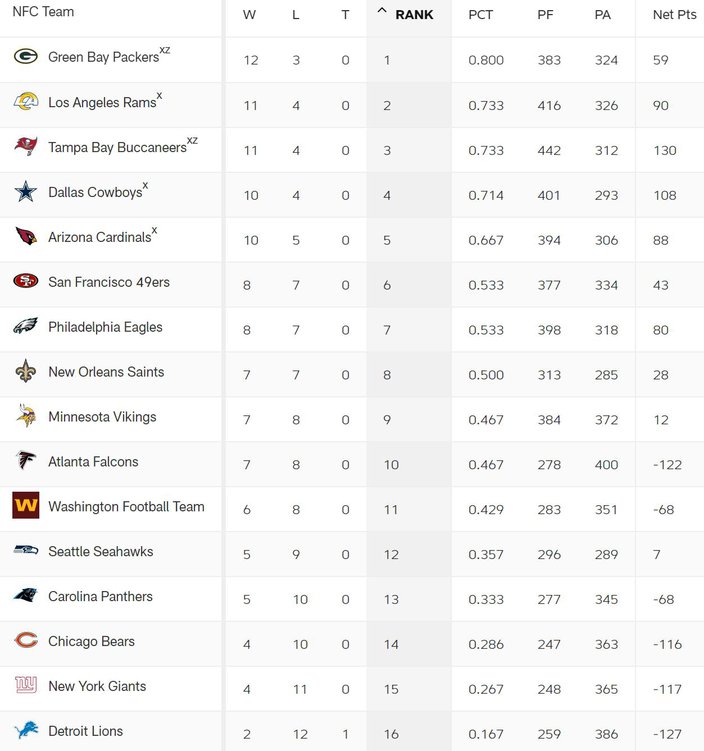 Note that the Eagles' point differential (+80) is better than the NFC 1 seed placeholder Packers (+59).

FiveThirtyEight.com currently gives the Eagles a 58 percent chance of making the playoffs. If the New Orleans Saints lose on Monday night to the Miami Dolphins, they will improve to 65 percent.

There's actually a realistic scenario in which the Eagles could clinch a playoff berth next week. The following three things would have to happen:

It would be kind of hilarious if the Eagles got to rest their starters Week 18.

As such, the Eagles' draft positioning has taken a big hit. If the season ended today, the Eagles' own pick and the pick they own from the Colts would be somewhere from 19-32, while the pick from the Dolphins would be 13th overall. There was a time when all three picks were in the top 10.

OK, so Nick Sirianni isn't going to win NFL Coach of the Year, nor should he.

But one of the hot names for that award all season has been Chargers head coach Brandon Staley. But oh hey, if you look at the standings you may notice this:

Nick Sirianni has the same record as Brandon Staley.

Sirianni had some really shaky early season moments, but if the NFL had an award for best rookie head coach (they don't), he would get my vote (nobody lets me vote on anything).