Earthquake off the coast of Long Island felt in Trenton, Smyrna

The quake was mainly felt on Long Island, but it reached a few responders in New Jersey and Delaware 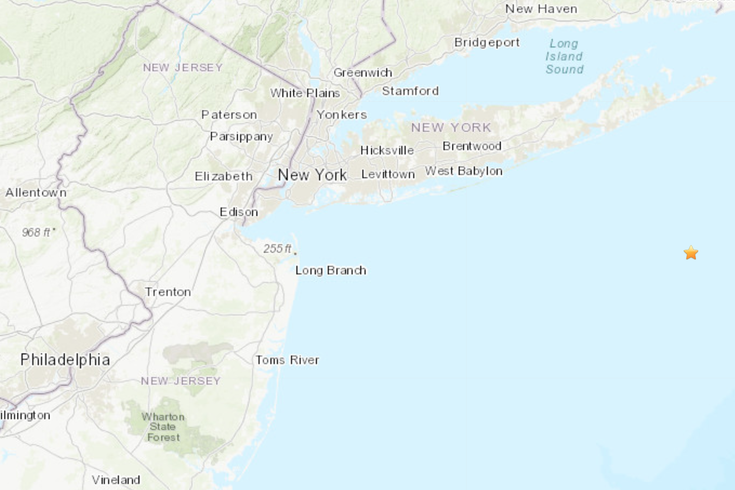 An earthquake off the coast of Long Island registered a magnitude 3.0 on the Richter scale Tuesday.

A relatively small earthquake off the coast of Long Island registered a magnitude 3.0 on the Richter scale Tuesday, and the quake was felt as far away as Trenton, New Jersey, and Smyrna, Delaware.

The quake was mainly felt on Long Island, but some responders reported feeling a rattling in New Jersey’s capital and in Smyrna, which sits near the Delaware Bay less than 70 miles outside of Philadelphia, according to NJ.com.

Here’s a little extra context from AccuWeather meteorologist Jesse Ferrell about how rare an earthquake of this magnitude is for the area:

There have not been a lot of earthquakes >=3.0 in that area since 2000. pic.twitter.com/P4IbsLjYLq

It wasn’t some world-beating quake, but this doesn’t seem like your run-of-the-mill East Coast micro-quake, either.

Earlier this year, a magnitude 4.7 earthquake was registered about 136 miles off the coast of Maryland.