Flavors of the Avenue returns April 26 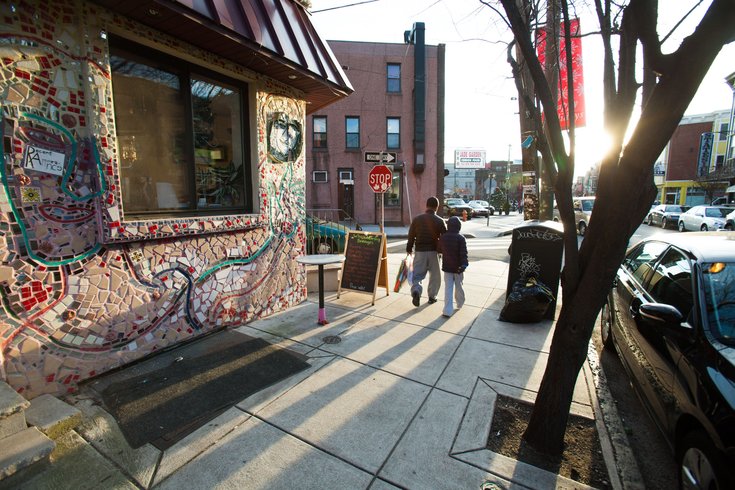 The late afternoon sun hits the mosaic on the side of Black N Brew Coffee on Passyunk Avenue in South Philadelphia.

Love East Passyunk? Don't miss the ever-popular Flavors of the Avenue, a culinary road trip of sorts which features 25 of EPA's restaurants. Under a big tent, attendees can try bites and drinks from their favorite menus on April 26.

Outside the food tent a street festival will appear with live music from We Are Fauna and The Star Band. Vendors and the April Showers Craft Show will hawk their wares, accompanied by music from DJ Linz&Mars, around the Singing Fountain thanks to Crafty Balboa.

Tickets include bites from the restaurants below, as well as unlimited Barefoot and Canyon Road red and white wine, Victory and Troegs beer, Angry Orchard cider and Sailor Jerry cocktails.

Flavors of the Avenue