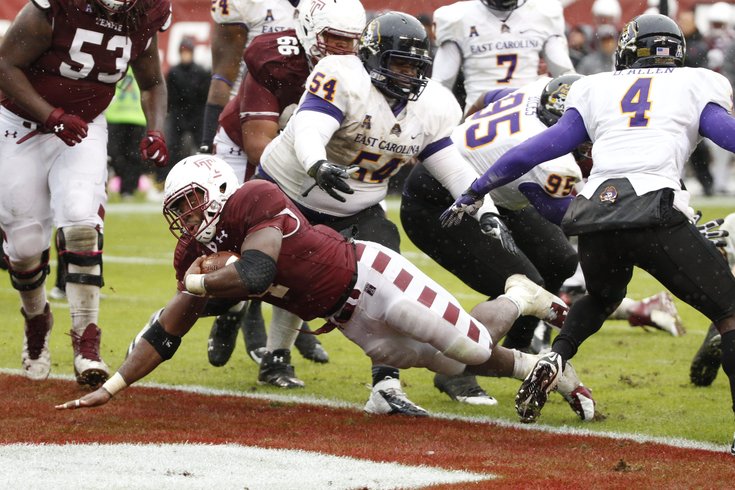 Former Temple running back Kenneth Harper has signed with the New York Giants.

Temple University is in the midst of history-making football season as the Owls, led by head coach Matt Rhule, have stormed out to a 7-0 start ahead of their primetime Halloween showdown against Notre Dame. The last time they got off to such a hot start, Barbra Streisand was atop the charts.

The Owls' strides this year, which include cracking the AP rankings and the Coaches' Top 25 polls for the first time since 1979, have deservedly earned them the attention of national networks.

The report first surfaced via sources from 97.5 The Fanatic's Mike Missanelli, who said the show would air from pre-game through the night game at Independence Mall.

.@MikeMiss975’s sources tell him that @CollegeGameDay will be on Independence Mall next Saturday for @Temple_FB @NotreDame @AnthonyLGargano

Either way, at 8 p.m. on ABC next Saturday, the 22nd ranked Owls are primed for the national stage as they look to upset the 11th ranked Fighting Irish.