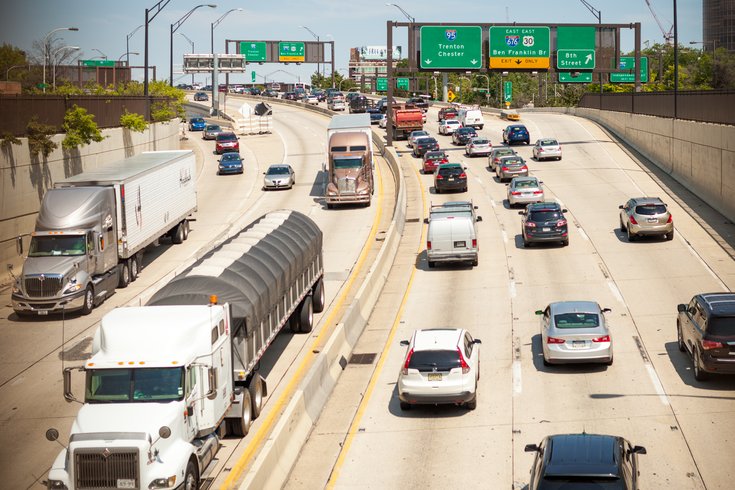 The 2.15-mile roadway cuts straight through Philadelphia, splitting neighborhoods, as it permits drivers to travel from I-76 to I-95 and New Jersey, and vice versa.

But in doing so, the roadway isolates the neighborhoods it bisects, making community growth difficult for many who live nearest the roadway, city officials said Monday.

In order to address these concerns, urban planners and designers will evaluate the expressway's current design and determine other designs that would better serve the community.

On Monday, Mayor Jim Kenney joined U.S. Transportation Secretary Anthony Foxx, Philadelphia Managing Director Micheal DiBeradinis and others officials to announce the city has won the chance to see the Vine Street Expressway redesigned through the Department of Transportation's "Every Place Counts" program.

"It's been a good thing, but it has created a lot of problems," said DiBeradinis, of the Vine Street Expressway, formally known as I-676. 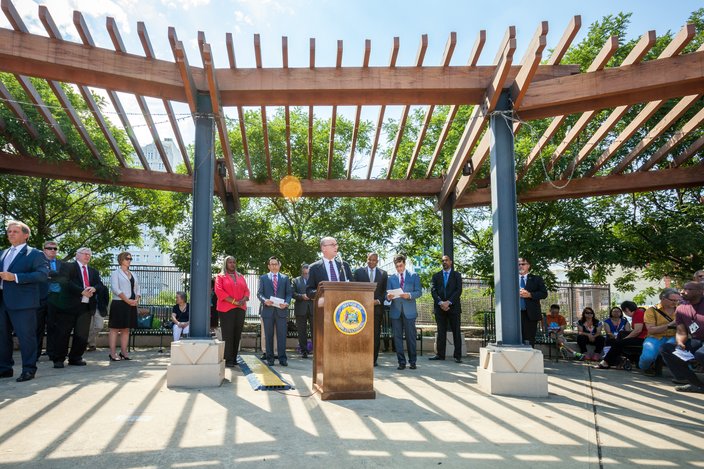 Kenny said the expressway has split communities along Vine Street and has had "a blighting effect on local businesses."

According to John Chin, executive director of the Philadelphia Chinatown Community Development Corporation, I-676 causes a safety hazard for those who need to cross it on foot, and it has not only split the community geographically, but its hard to bring investment to the north side of the expressway, where there are lots of vacant properties.

Conversely, Chin said, the south side of the expressway is more densely populated than Rittenhouse Square.

"This highway actually divides our community by the north and south," he said. "It (the north side) is just cut off ... And, it's so hard for people to imagine what it could really be."

To determine how the Vine Street Expressway could be redesigned with the community in mind, city officials will be gathering input from residents living in the communities nearest the highway.  Immediately after Monday's announcement, city officials met with Chinatown residents at Holy Redeemer Chinese Catholic Church, 915 Vine St., to hear ideas and issues about the expressway.

Next, on July 14 and 15, the U.S. Department of Transportation will convene a session in Philadelphia to focus directly on new designs for the Vine Street Expressway.

"You're going to be on the front lines of recreating infrastructure," Foxx told Chinatown residents gathered Monday for the announcement at the 10th Street Plaza at 10th and Race streets.

According to Foxx, the idea behind the "Every Place Counts" Design Challenge is to bridge the gap between "haves and have nots" in all of America's communities.

"Now is the time for America to revision what its infrastructure could be and should be," he said.

But, what could be done with any potential design solutions that come from this project? Will there be funds available to make it a reality?

According to Clarena Tolson, deputy managing director for infrastructure and transportation, currently there's no money set aside to actually create any designs that could come out of this initiative, but that might not always be the case.

"We are certainly hopeful that there will be additional revenue available at that point," she said, when asked what could happen once designs are complete.