Caregiving doesn't have as many health implications as once thought, study finds

Researchers: Past studies overstated specific health issues associated with being a caregiver 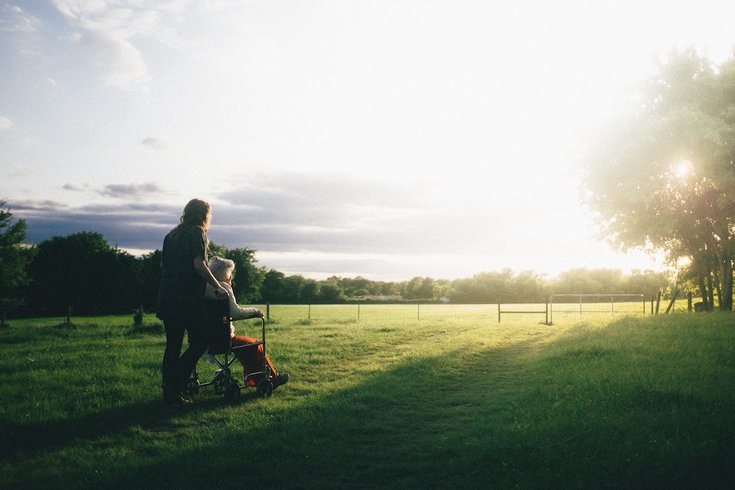 This study serves to encourage more people to participate in caregiving.

Being a caregiver for a family member is one of the most selfless things a person can do. It is also rather well-accepted that doing so can wreak havoc on the caregiver’s mental and physical health. The term “caregiver stress” was coined with good merit, after all.

Past studies have detailed the effects that caregiving can have on one’s health. But researchers with Johns Hopkins created their own study — rather, a "meta-analysis" of 30 studies conducted from 1987 to 2016 – to chronicle the physical impacts on caregivers. The results of that analysis? Those physical symptoms have been overstated, according to a news release.

In fact, researchers concluded that caregiver stress accounts for less than one percent of the physical symptoms often associated with caregiving, including weakened immunity and increased inflammation. The findings were published in the journal The Gerontologist.

RELATED READ: Are you a caregiver in need of respite? There is help available

Of course, the research doesn't disprove the stress and impact associated with caregiving, in general, whether provided by family, friend or neighbor. About 43.5 million caregivers in the United States provided unpaid care to an adult or child in the last 12 months, according to the National Alliance for Caregiving.

"We're not saying that family caregiving can't be stressful, but there's a notion that it's so stressful that it causes deteriorating health and increased mortality," noted study author Dr. David Roth, professor of medicine and director of the Center on Aging and Health at The Johns Hopkins University. "This can lead to fear of caregiving and a reluctance to care for loved ones in need."

Roth and his team took a fresh look at nearly 30 years of published studies and focused their analysis on two main biomarkers: immunity and inflammation, which can be discerned via blood tests. The researchers pored over studies published across nearly three decades which reported on 86 biomarkers from 1,848 caregivers and 3,640 non-caregivers.

The researchers discovered that many of these studies were quite small, which can lead to authors to attach too much relevance to their findings. There was also some blurred lines when it came to the type of caregiver examined in previous studies, with clinical caregivers compared to recruited caregivers.

"It's not that we didn't find anything, but it's a whisper of an effect, not nearly as large as what people have been led to believe," Roth said.

Researchers aim to use the findings to encourage more people to participate in familial caregiving with less worry about the wear-and-tear on their bodies.

"Caregiving, if done right, can actually be an extremely beneficial, healthy activity that enhances your life because you're engaging in pro-social behavior," Roth added.