Family: Tox report clean for man who jumped to death after Route 1 crash

Dontay Walker's loved ones hoped post-mortem test would offer answers, but it only prompted more questions 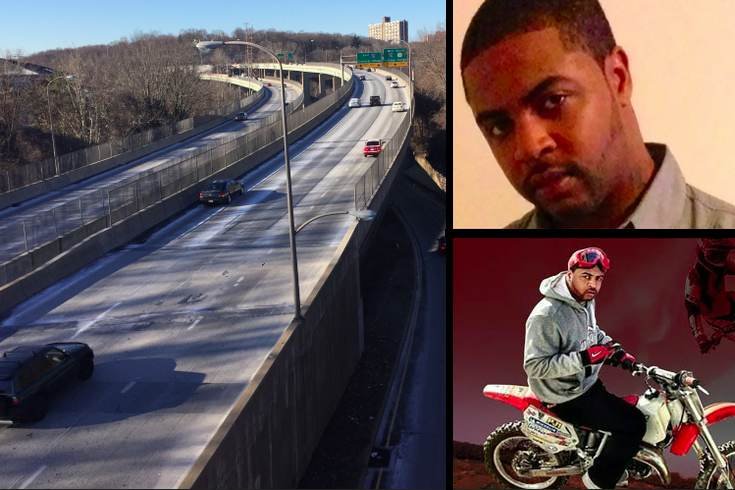 For weeks now, Dontay Walker’s family found themselves hoping a toxicology report would help them better understand what led the late 29-year-old to jump off a Roosevelt Boulevard overpass in the moments after a head-on car collision last month.

Those hopes would not be realized, though.

On Wednesday, Walker’s cousin Tabitha West told PhillyVoice that the report conducted by the Medical Examiner's Office showed no traces of intoxicants in his system. Those results contradicted their thoughts that the man had fallen under the influence of synthetic marijuana or another drug on Jan. 7.

“Our family is lost. We thought that the tox report would have given us answers, and we still have none.” –Tabitha West, cousin of the late Dontay Walker

“His mother, Robin Walker, got the tox report back. She said [the report found] there was nothing in his system,” West said. “Our family is lost. We thought that the tox report would have given us answers, and we still have none.”

The case itself was shrouded in mystery from the get-go.

Initial media reports had Walker getting into a domestic dispute with his girlfriend Lawanda and her mother in the minutes leading up to the crash. He’d been acting strangely as an unusual paranoia had set in, family said.

On the day of the crash, there was talk about having him “302’d,” or involuntarily committed for psychological evaluation, which may have led to him removing his fiancée from the car on Germantown Avenue and, unable to carry her mother out of the Chrysler, taking off with her inside.

Just before rush hour on Jan. 7, Walker drove his girlfriend’s silver Chrysler 300 northbound in the southbound lanes of Roosevelt Boulevard in East Falls, then crashed head first into an approaching Toyota Camry. The collision sent helicopters scrambling to the skies to get footage of a highway closed down for several traffic-heavy hours.

Walker's passenger would be hospitalized, as would two women in the other vehicle. They would all survive.

Walker emerged from the wreckage and tried to flee the scene by jumping off the highway onto an exit ramp below. He’d sever his foot, hit the back of his head on the ground after falling and, hours later, die from his injuries.

Speaking to PhillyVoice in the days before Walker’s memorial service, West said she hoped the toxicology report would provide answers. Now, they face the prospect of never knowing what led to the tragedy.