The conflicting narratives in the fight to save St. Laurentius

Destined to be demolished, St. Laurentius Church sits empty and quiet. Even tranquil.

Not so the fight over its future.

While the Archdiocese of Philadelphia stands by its decision to tear down the aging Fishtown church, citing safety concerns, the Friends of St. Laurentius group is continuing its efforts to rescue the building, long a keystone of the Polish community in the area, from the wrecking ball.

Passions on both sides are now high, with accusations of misinformation and miscommunication and no clear resolution.

The parish was closed in 2013 as part of the Archdiocese of Philadelphia's consolidation due to financial troubles, and merged with the Holy Name of Jesus parish two blocks away. The church stayed open as a worship site for the expanded parish, but structural problems in March 2014 led the archdiocese to close the St. Laurentius church building indefinitely, saying it was "in immediate danger of collapse."

Two months ago, the archdiocese announced the church would be demolished because repairs would cost more than $3.5 million. Former parishioners, intent on saving the church building, responded by raising funds, applying to the Philadelphia Historical Commission for landmark status, and asking the Vatican to step in. Since then, a war of words has escalated.

"The gloves are off," said Maggie O'Brien, a member of the committee.

The status of the Vatican appeal is in question.

The archdiocese, according to its director of communications, Kenneth Gavin, was informed the request was denied and announced the decision to parishioners of the joint Holy Name parish in April.

But members of the Friends of St. Laurentius Church, the group formed to preserve the church, say they have not been formally notified by the Vatican.

"It's like I've been saying all along, that they've been lying," said Patricia Klinsman, who now attends Holy Name parish, about the archdiocese's handling of the matter.

Members of the group say the archdiocese has responded to their concerns with silence and mixed messages and that efforts to meet with Holy Name's pastor, the Rev. John J. Sibel, and members of its parish council, have proved unsuccessful.

The archdiocese "has put finances over spirituality," said John Wisniewski, who was baptized at St. Laurentius in 1954 and has been on the front line of the efforts to save the church building since it was closed. "The archdiocese does not perceive any connection between faith and culture, and how spirituality can be enhanced by the experiences people have had in that church."

St. Laurentius' culture is one with deep roots in Philadelphia's Polish community. Established in 1882 by immigrants, the church has sat at Berks and Memphis streets for over a century.

"Part of my soul is in that building," said Wisniewski. 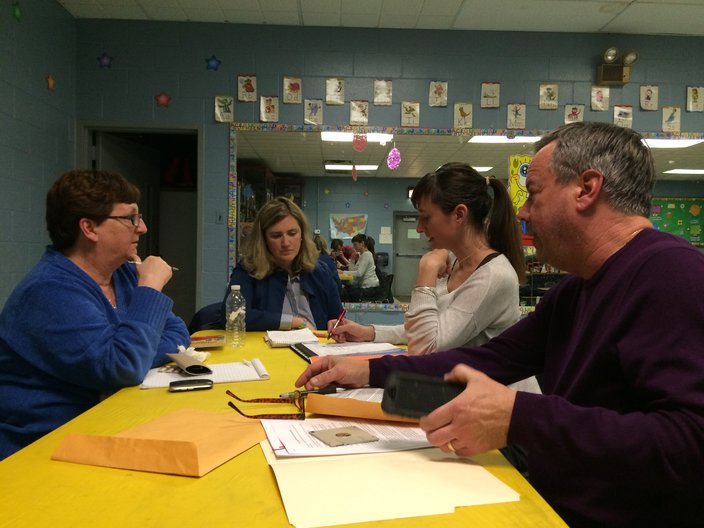 'NO ONE WANTS TO SEE THE BUILDING COME DOWN'

The church is not just a building to those trying to save it, advocates said. For O'Brien and Wisniewski, it's where they grew up. It's where O'Brien went to find peace when her nephew was killed in Afghanistan. It's where Klinsman and her family found a welcoming community when she moved to Fishtown. It's where Wisniewski, as a boy, stood in awe of the magnificent art that lines the walls, something that still brings him to tears at the age of 61.

Gavin says the archdiocese is not immune to the pains of losing the church.

"Communication has been very difficult at times, some has been less than friendly. I have been threatened on Facebook several times." – Kenneth Gavin, archdiocesan spokesman

"The bottom line is we understand completely the attachment to the building," Gavin said. "Baptisms, marriages, funerals are taking place in that building. No one wants to see the building come down."

The decision, ultimately, is to preserve a Catholic parish in Fishtown, Gavin said, saying the prohibitive estimates to renovate St. Laurentius would cripple the finances of the Holy Name parish and force its closure.

Yet much like anything concerning St. Laurentius, the cost to repair the church depends on whom you ask. The committee's research pegs the price tag at around $1 million, not the $3.5 million estimated by the archdiocese.

"Three-and-a-half-million is the figure I use because it's the one that fixes it correctly," Gavin said. "Not a Band-Aid fix."

That assertion is disputed by the committee, which has offered to take financial responsibility through donations and fundraising, if it is given the time.

What has complicated the process is that technically, according to the archdiocese, decisions concerning St. Laurentius were made at the parish level by the pastor and the eight-member parish council, which serves as the parish's voice to the archdiocese.

According to the committee, however, attempts to discuss its concerns at both the parish level and with the archdiocese have proved futile.

"We’ve asked the archdiocese and parish council several times to meet, as well as Father Sibel. Nobody has the courtesy to give you a response," Wisniewski said.

According to Gavin, parishioners have been getting all of the information about the process as soon as it's available at weekly Mass. He believes the archdiocese has been open to communication, but says much of the discussions it has had with people trying to save the church haven't been productive.

"Communication has been very difficult at times, some has been less than friendly," Gavin said. "I have been threatened on Facebook several times."

Gavin didn't specify who had threatened him, and nothing on the committee's website directs anything of that nature to Gavin or the archdiocese. One post does calls Gavin an "epic liar."

Sibel declined to comment and said members of the current parish council would not be giving interviews about the matter.

According to the city's Department of Licensing and Inspections, the St. Laurentius church building was deemed as "unsafe," but not "imminently dangerous," due to loose and missing bricks on the north and east walls, and deteriorated exterior wall.

"In terms of what the church means to this area and thousands of people, the church must be maintained. We will chain ourselves to the church if we have to." – John Wisniewski, Friends of St. Laurentius

To complicate the issue, both the archdiocese and the Friends of St. Laurentius hired engineering firms, which make different recommendations.

O'Donnell and Naccarato, the firm hired by the archdiocese, deemed the structure in danger of imminent collapse in March 2014. The archdiocese said an inspection revealed vertical cracks in the brownstone masonry, improperly completed cement patch repairs, and deteriorated faces of brownstone.

The firm hired by the Friends group, Ortega Consulting, concluded the damage could lead to a "catastrophic" event and recommended closing the church until renovations are made. But Ortega's report said alternative solutions could significantly reduce the cost of repairs. It also said that O'Donnell and Nacarrato's estimate of $1 million to demolish the church may be low, and that the towers of the church were not in danger of falling.

Meanwhile, the Friends committee continues to pursue historical designation of the church by the Philadelphia Historical Commission. Its application has been accepted, and awaits a public hearing by the commission.

Gavin said the archdiocese is aware of the application for historical status and said it was a process that needs to be worked through. He said the Holy Name parish council would need to present the issues of safety and the financial burden of the church to the city's historical commission.

Wisniewski fears that if St. Laurentius goes, it's only a matter of time until Holy Name follows.

"In terms of what the church means to this area and thousands of people, the church must be maintained," Wisniewski said. "We will chain ourselves to the church if we have to."

At this point, only God knows if it will come to that.