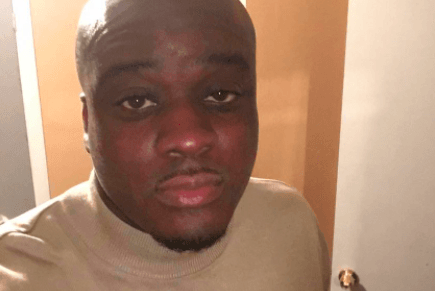 Henry Konah Koffie, 32, of Darby, drew the attention of federal investigators after two fatal fentanyl overdoses were reported in Portland, Oregon, back in May. The U.S. Postal Inspection Service traced the source of the drug to a prolific AlphaBay vendor known as "NARCOBOSS."

AlphaBay, a Tor Network marketplace, was shut down last week amid an international crackdown by law enforcement agencies in the U.S., Canada and China. Its co-founder, 26-year-old Alexandre Cazes, was found dead in a Bangkok jail cell over the weekend and is believed to have taken his own life.

Investigators in the Portland cases determined that the shipments of fentanyl had come from a Philadelphia-area address. An examination of AlphaBay transactions revealed that NARCOBOSS previously sold fentanyl falsely advertised as "China White Heroin" under the moniker "DNMKINGPIN," which was connected to another non-fatal Portland overdose in May of 2016.

Between July 2016 and June 2017, NARCOBOSS allegedly completed more than 3,700 AlphaBay transactions for a “China White Synthetic Heroin Fentanyl Mix." The quantity of drugs totaled more than 7 kilograms and generated $284,000 worth of bitcoin.

A financial analysis of the transactions linked the NARCOBOSS account to Koffie, prosecutors said. The account had also been targeted for investigations in western Pennsylvania and North Dakota.

During the last year, Koffie allegedly had more than 14 packages of suspected fentanyl originating in China and Hong Kong shipped to the addresses of family members.

Fentanyl, often mixed with batches of heroin, is intended for use as an anesthetic or prescribed as a patch for chronic pain management. Up to 100 times more powerful than morphine, its potency can mask the danger of misrepresented heroin, leading to much more severe reactions and overdoses.

Scott Kerin, Assistant U.S. Attorney for the District of Oregon, will prosecute the case.