Felicity Huffman and when movies are overtaken by criminal events

The actress will star in an upcoming Netflix movie, weeks before her sentencing in the college admissions scandal. 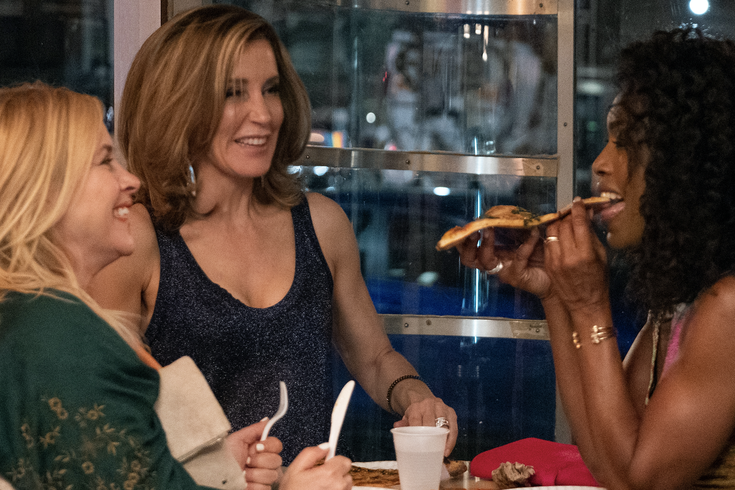 Netflix is getting ready to come out with a movie called "Otherhood," which is set for a joint theatrical and streaming release the first week of August. The film tells the story of moms who decide to travel to New York to reconnect with their adult sons after they forget Mother's Day.

Judging from the ad copy on "Otherhood," there are a couple of strange things about the movie. For one thing, it's set on Mother's Day, but is coming out in August. And another involves one of the three actresses who play the mothers: Angela Bassett, Patricia Arquette, and… Felicity Huffman.

Huffman, as you likely know if you're familiar with her name, was ensnared earlier this year in the notorious college admissions scandal, and with the ringleader of the scam cooperating, prosecutors appear to have her, and most of the involved parents, dead to rights.

Back in May, Huffman pled guilty to conspiracy to commit mail fraud and honest services mail fraud. Huffman admitted that she paid $15,000 to a bogus charity, which led to Huffman's daughter fraudulently taking the SATs. Huffman will be sentenced in September, and prosecutors are expected to recommend a four-month prison term.

This brings up the obvious question of what will be the career consequences for Huffman, long a respected actress and herself a past Oscar nominee. And it threatens to serve as something of an elephant in the room when it comes to "Otherhood," while also raising very familiar questions about how to go about separating the art from the artist.

Per Deadline, the film was originally scheduled to stream in April- ahead of Mother's Day- but was pushed back to August following Huffman's guilty plea.

Since the news broke of the scandal, Huffman actually appeared in another Netflix project, Ava DuVernay's acclaimed Central Park Five mini-series "When They See Us," in which she played the primary villain of the piece, prosecutor Linda Fairstein.

There have also been consequences for the other famous actress who was indicted for her part in the college admissions scandal, Lori Loughlin. Both Netflix's "Fuller House" and the Hallmark Channel have cut ties with the actress, who as of now has rejected offers of plea deals.

Of course, an actor's involvement in a notorious financial scandal is far from the worst possible story of this kind. While it certainly wasn't the most important or socially relevant consequence, the series of #MeToo revelations in 2017 and 2018 left numerous movies with lead actors facing accusations of much worse acts than allegedly paying off an SAT coach.

Most dramatically, the producers of one finished movie, "All The Money In the World," completely excised lead actor Kevin Spacey and re-shot all of his scenes with Christopher Plummer stepping into his role. Spacey was dropped from the final season of "House of Cards," while another Spacey movie, "Billionaire Boys Club," was dumped on VOD the following spring, while the release of Louis C.K.'s movie "I Love You Daddy" was cancelled altogether (I'm one of the few who saw it.)

Speaking of Spacey, does last week's news that charges were dropped against him in Massachusetts mean that he's in the clear, and we can therefore expect an acting comeback? In a word, no. Spacey has had accusers numbering in the dozens, and the case in Massachusetts that led to criminal charges was neither the first nor the last. So don't wait up for that "House of Cards" revival.

After numerous women accused Harvey Weinstein of sexual misconduct, The Weinstein Company ceased to exist, leading to a two-year delay for the release of the Philly-shot Kevin Hart movie "The Upside." The release of Woody Allen's scheduled 2018 movie, "A Rainy Day in New York," was cancelled as well.

Entertainment projects being overtaken by real-world events was a thing well before #MeToo. For movies and TV shows to be pulled from their scheduled release dates in reaction to a real-life school shooting or other violent tragedy is a tradition that goes back to the 1990s, and happened again more recently with the Paramount Network's reboot of "Heathers," which was delayed multiple times and eventually cancelled.

It goes back even further than that. Multiple movies were either delayed, or edited, to remove the World Trade Center in the months after the 9/11 attacks. The comedy movie "Space Camp," in 1986, flopped, largely because it was released just months after the Challenger tragedy. And all the way back in 1942, Ernst Lubitsch's brilliant comedy "To Be Or Not To Be" left many moviegoers sad because its co-star, Carole Lombard, had died in a plane crash just a month before its release (also, it made fun of Nazis.)

Watching Felicity Huffman in a comedy movie, after her part in the college admissions scandal, might be distracting for some viewers, and that may serve as a detriment to the film's chances for success. But there are worse things to think about an actor having done while watching them.

Besides, in "When They See Us," where Huffman played the malevolent prosecutor, if anything the actress' real-life legal troubles were an asset to the performance.