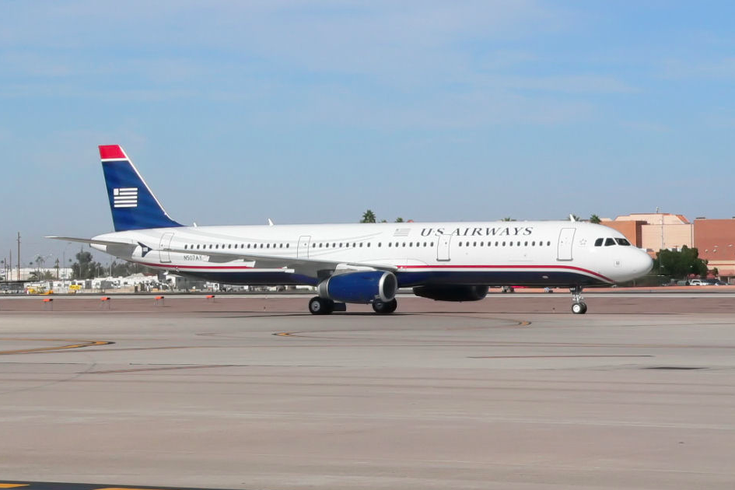 The final U.S. Airways flight, symbolically completing the merger with American Airlines, will depart from Philadelphia international Airport Friday morning on its way to three destinations.

RELATED ARTICLE: US Airways brand will soon fly off into oblivion

According to the Associated Press, Flight 1939, named for the year in which the airline was founded, will take off from Philadelphia at 10:05 a.m. on its way to Charlotte. It will make additional stops in Phoenix and San Francisco.

On Saturday, the Airbus A321 will return to Philadelphia as an American Airlines aircraft. The merger, announced in 2003, creates the world's largest airline.

Officials in Pittsburgh, where US Airways first opened as All American Aviation, were reportedly unhappy that the flight was not going to stop there. The city was dropped as a hub in 2004 had its flight operations center shut down in August, moving 650 jobs to Fort Worth, Texas.

Under the terms of the merger, American Airlines will maintain its hubs in Philadelphia, Charlotte and Phoenix for a period of at least 5 years.