In 2018, more than 9,000 fireworks injuries were reported in the U.S. Nearly two-thirds of those came around the Fourth 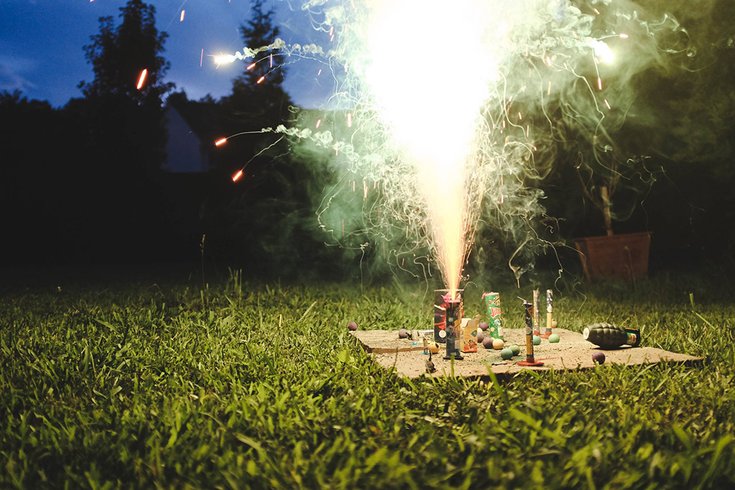 Earlier this week, a 9-year-old Philadelphia girl suffered devastating injuries when an explosive detonated in her hand on the 1800 block of East Wishart Street in Kensington.

She was listed in serious condition after undergoing surgery at St. Christopher's Hospital in North Philadelphia after an M80 explosive went off while she was home alone on Sunday morning, police said Monday.

The girl suffered "life-altering" injuries in the accident, police said. According to media reports, witnesses said she lost fingers on her hands and sustained burns and cuts to her chest, torso and face.

RELATED READ: Guide to Fourth fireworks in Philly, the suburbs and Jersey Shore

And while an M80 is technically not a firework, the tragedy, coming days before today's Independence Day holiday, still serves to remind of the dangers of fireworks and firecracker-like explosives at a time when they are more available than ever.

The days of Uncle Charlie having to make a road trip to South Carolina to pick up a haul of fireworks for the annual Fourth of July picnic are pretty much over. Now, in Pennsylvania at least, people can buy American Dog Fight aerials and Nuclear Warhead artillery shells much more easily – under a tent in your neighborhood supermarket parking lot or in a retail store or on the internet.

What hasn't changed is the ability of fireworks to alter a person's life in a flash. They can and do cause serious – even fatal – injuries every year in the United States, especially in the weeks around the Fourth of July holiday. Fingers are lost. Eyes and ears are damaged. An unlucky few don't survive their injuries, but many more have injuries to last a lifetime.

Last year, more than a third of all injuries were suffered by kids under the age of 15, according to the Consumer Product Safety Commission, the federal agency tasked with protecting the public from defective products.

• About 9,100 injuries were treated in U.S. hospital emergency departments during 2018, with burns to the hands and head, including to the eyes, face, and ears, being the most common.

• 62 percent of all injuries were sustained during the 30-day period surrounding the Independence Day holiday.

• There were at least five reported deaths from direct impacts of fireworks, all associated with reloadable aerial devices. 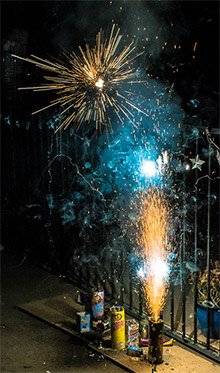 Yet, in recent years, restrictions around fireworks have been loosened somewhat – by differing degrees – by state legislatures in Pennsylvania and New Jersey.

People under the age of 18 are not permitted to buy, handle or set off fireworks in Pennsylvania. But 2018 marked the first time adults could legally ignite Class C aerial fireworks – Roman candles, bottle rockets and mortars, for example – in their backyards.

Legislators did institute some common-sense restrictions on their use, prohibiting fireworks from being:

• Set off within 150 feet of an occupied structure.

• Discharged from or within – or toward – a motor vehicle or building.

• Lit or set off on public or private property without express permission of the property owner.

• Discharged while the person is under the influence of a controlled substance.

The law says that "a person using consumer fireworks in violation of the provisions of this article commits a summary offense and, upon conviction, shall be punished by a fine of not more than $100." But many who set off fireworks during Fourth picnics and parties have casual disregard for the regulations.

In New Jersey, residents 16 and over are permitted to use non-explosive, non-aerial fireworks, including sparklers, party poppers, glowworms and smoke devices.

If you are legally setting off fireworks in Pennsylvania, here are a few safety tips from the state Emergency Management Agency:

• Never give fireworks to children or allow them to play with or ignite fireworks. A responsible adult should oversee all lighting.

• Keep an eye on sparklers, which burn at high temperatures and can cause severe burns.

• Only use fireworks outdoors in clear areas away from buildings and vehicles. Always have a bucket of water, a hose or fire extinguisher nearby.

• Light one firework at a time and then move away quickly.

• Never relight a "dud" firework. Wait 20 minutes and soak it in a bucket of water.

• Do not carry fireworks in your pocket or shoot them into metal or glass containers. Do not experiment with homemade fireworks.

• Dispose of spent fireworks by wetting them and placing them in a metal trash can away from buildings and combustible materials.

• Avoid buying fireworks packaged in brown paper because this is often a sign that the fireworks were made for professional displays and that they could pose a danger to consumers.

• Never place any part of your body directly over a fireworks device when lighting the fuse. Back up to a safe distance immediately after lighting fireworks.

• Never point or throw fireworks at another person.

• Make sure fireworks are legal in your area before buying or using them.