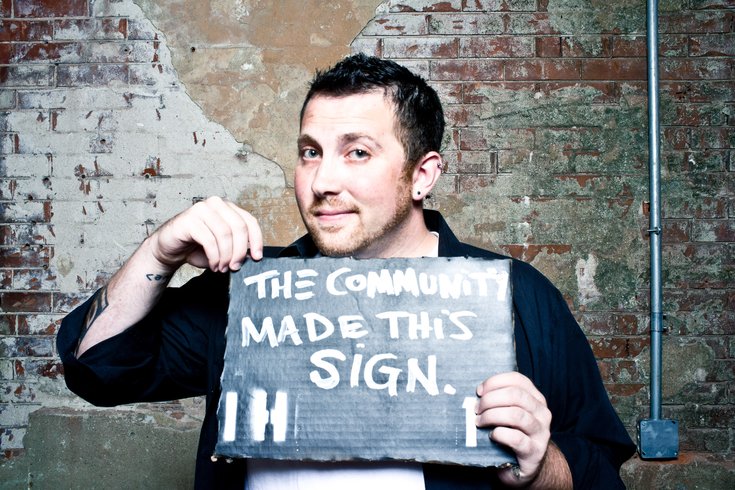 As co-founder of Old City coworking space Indy Hall way back in 2007, Alex Hillman is about as close as they come to being a forefather of coworking in Philly. He's seen the booms, the busts (R.I.P., Impact Hub and Third Ward) and the continuing upward trajectory of Philly's startup scene.

As followers of his Twitter feed can attest, he's not shy about sharing his opinions.

Here, we chat with Hillman about Philly's startup culture, the evolving coworking scene and what Philadelphians inspire him.

You’re pretty vocal on Twitter with your criticism of startup culture — particularly tech culture. This tweet especially, which compares the language of 'growth' to cancer, came to mind. Can you explain what you mean here?

The biggest reason I’m critical in public is because so many other people say the same things behind closed doors but have been afraid to say it out loud, for whatever reason. I care too much to sit quietly.

When I look at the current startup craze, all I see is a gnarly mix of greed and human insecurities, where 'bigger is better' goals take priority over actually solving problems or creating value. Only in tech startups do people sneeze at double-digit growth and wonder why it isn’t triple-digit growth.

But you don’t need to look much further than our last several economic disasters to see why growth is great — right up until it isn’t anymore. Growth for growth's sake is literally the M.O. of cancer. It grows carelessly, thoughtlessly, destroying things — including itself — in the way.

For years, I’ve been a champion of balancing growth with resilience. I’m in this for the long haul. I want Philly to outlast other cities who are tearing themselves apart just to try to be the next Silicon Valley. Recently, other prominent business leaders like Bob Moul have started to speak up, too.

You’re kind of a father of coworking in Philly. What do you make of how many coworking spaces have popped up in the past few years, and the culture that’s been cultivated?

[Laughs] Look, being first has some advantages, but personally, I think it’s overrated.

But more importantly, if you actually compare coworking in Philly to other cities of our caliber, we have a very small number of coworking spaces, even if you include the office rental McCoworking chains that have popped up in the last 12-24 months.

Until a few years ago, Indy Hall was the only coworking space in town and that meant that people got to choose between us and nothing at all. It wasn’t fun turning people away when they wanted something that wasn’t the right fit for us. We were never going to offer private offices or become an event rental venue — now if someone wants that, they have options to choose from. More coworking spaces in Philly has only helped us grow, allowed us to focus and brought more general awareness to coworking as an option. That’s good for everyone.

What’s one piece of coworking you think you got wrong when you started that you’ve since learned from?

I used to worry a lot more about people 'doing coworking wrong.' Like if someone’s first exposure to coworking was crappy, that they’d hate coworking forever and never try it again. And for some people, that’s true.

But for the vast majority, it just isn’t true. Think about it: Do people go to one restaurant, have a crappy meal and never go to any restaurant ever again? Right. That’s pretty rare.

So my biggest lesson — and the thing we keep in mind every day — is to do the best job we know how to do and always look for ways to do better.

The hardest part is doing the right thing by our community even when it’s not the easy option. But even in our most recent challenges we’ve kept the long view and it’s paid off. Not only are we staying in Old City, but the entire experience has helped us think about our next 10 years could look like, and that’s exciting.

What Philadelphian inspires you?

So, so, so many Philadelphians inspire me. Three in particular who come to mind today are two who happen to have similar names: Wil Reynolds and William Reed. The third is Emma Fried Cassola — aka, Philly Love Notes.

Wil Reynolds is the founder of SEER Interactive and one of the most self-aware, honest entrepreneurs in Philadelphia.

William Reed is the co-owner of Standard Tap and Johnny Brenda’s. William’s perspective on community and business and how they can be intertwined, as well as his long-view look at Philadelphia, are high-water marks for many of my own personal goals.

I met Emma when she was a few dozen essays into her Philly Love Notes project. Since then, I’ve been inspired by her consistent curiosity and genuine interest in other people. She’s built a huge following by putting love out into our city, and encouraging others to do the same.

What’s the best advice you’ve ever received? About life, coworking, planting petunias — whatever comes to mind.

'If you think that revolution needs to feel like war, you'll overlook the importance of simply serving people better.' —Derek Sivers