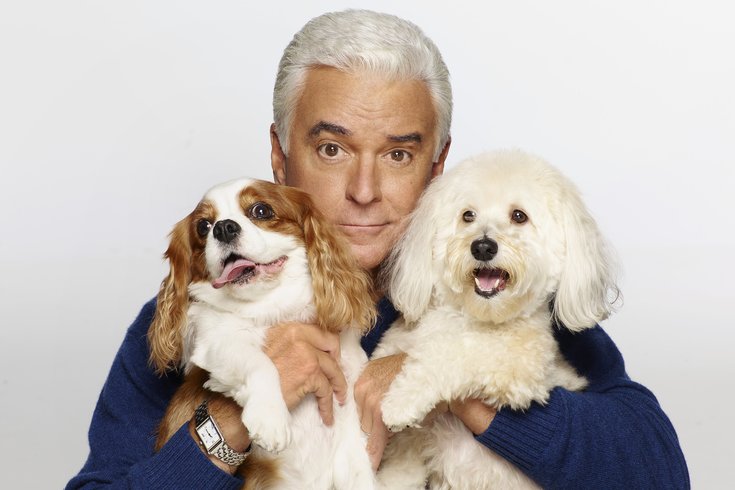 John O'Hurley may be best known for his role as J. Peterman on "Seinfeld" as well as appearances on countless other TV shows. But the accomplished actor has also voiced dozens of cartoon characters, authored three books (including "The Perfect Dog," which recently inspired a play), hosted years of "Family Feud," competed on "Dancing with the Stars" and will take on the role of Captain Hook in "Peter Pan and Tinkerbell — A Pirates Christmas" at Pasadena Playhouse next month.

He's also hosted the National Dog Show Presented By Purina for the past 14 years. Though its broadcast is as much a part of Thanksgiving day as the Macy's parade, the Dog Show is actually filmed beforehand in Philadelphia. O'Hurley will be in town to host Saturday, Nov. 14 and Sunday, Nov. 15 at the Greater Philadelphia Expo Center in Oaks. About 1,500 of the nation's best and brightest dogs will compete to be, well, top dog, and O'Hurley will get to see it all.

We caught up with the actor before the big day.

From actor to author to vocal artist to musician to TV host, you've worn many hats throughout your career. Do you have a favorite?

I love them all -- but recently I started touring my one-man show called "A Man With Standards" which revisits life stories and the music that surrounded them. Because of the personal nature, that's probably my favorite.

What's the hardest part about hosting the National Dog Show?
Not letting my personal feeling get in the way of the broadcast -- I often do not agree with the judges. But their knowledge of the breeds is much more deeply-rooted than mine, so their reasoning is more solid than mine.

Is there a particular breed of dog you always root for?
As show dogs, I love to watch the movements of the Afghan and Irish Setters. They remind me of my days on "Dancing with the Stars" doing the quick-step.

How will you spend your Thanksgiving?
For 14 years now, we have celebrated Thanksgiving in New York City in the late afternoon at a favorite restaurant of ours. We always take a family horse carriage ride through the park and hold hands under the blanket and not speak a word, but just reflect on how grateful we are for everyone and everything around us.

What are you thankful for this year?
I am, of course, grateful for the health and prosperity of my family -- especially our young son. But more than that, that the year ahead holds so much potential. I always try to be grateful for what might lie ahead.

Tickets to the National Dog Show ($7-14) are available online.