By Aubrey Nagle
PhillyVoice Contributor
The Arts Five for Friday 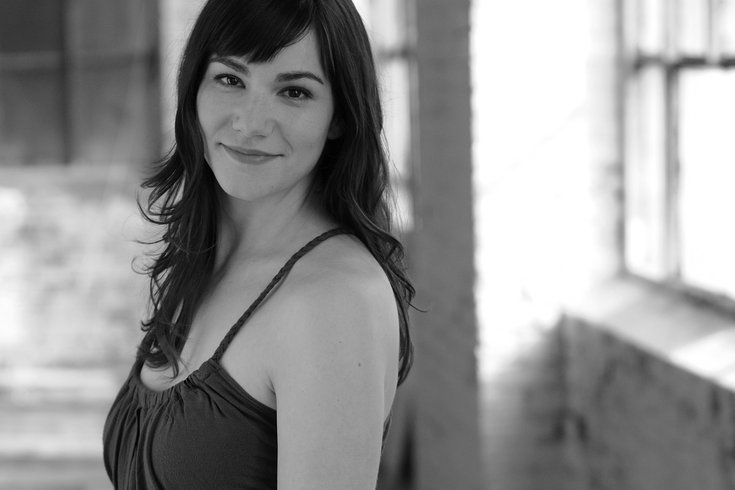 Lauded playwright Tom Stoppard, writer of "Rosencrantz and Guildenstern Are Dead" and "Arcadia," recently premiered his first play since 2006's "Rock 'n' Roll" in London in a sold-out run. Many new plays might follow up such a run in New York, but Philadelphia is lucky to be premiering "The Hard Problem" for the United States at the Wilma Theater beginning Wednesday, Jan. 6.

Philadelphia - and daresay Stoppard himself - is also lucky because local actor Sarah Gliko will be taking on the lead role of Hilary, a 22-year-old psychology student exploring "the hard problem" of consciousness. Not only is she an accomplished actor, but Gliko is no stranger to Stoppard's work, either; after taking on Ophelia in The Wilma's production of "Hamlet" last spring, Gliko played the same role in "Rosencrantz and Guildenstern."

We caught up with Gliko on the cusp of the new year to chat about her upcoming role and her wishes for 2016.

“The Hard Problem" is your second Tom Stoppard play in the past year – what’s it like to perform in the US premiere of this work?

It is a huge honor work on the US premiere production of this beautiful play with this particular group of artists. The script challenges us to dig deep into our own personal beliefs about morality, (what is it? why is it?), and consciousness, (where is it? how is it?), and how they relate to one another. Mr. Stoppard joined us for four days in the rehearsal room and I can't tell you how thrilling that was.

How do you relate to your character, Hilary?

I can certainly relate to Hilary and her quest, and the idea of personal past events steadily guiding one's current path. I'm just not as facile and clever as Mr. Stoppard's heroine!

If you weren’t an actor, what would you be doing?

If I weren't an actor I'd be scraping away at ancient civilizations, or guiding folks through the Sequoias, or touring with a rock band. We all need a couple more lives to experiment with!

What was your favorite moment of 2015?

There were quite a few, but sharing the stage with my husband Jered McLenigan in the Wilma's productions of "Hamlet" and "Rozencrantz and Guildenstern Are Dead", was a huge highlight. It was our first time working together… Ophelia + Guildenstern!

My biggest wish for 2016 is for the planet and its people to begin healing. (Maybe sounds trite, but I fiercely wish it.)