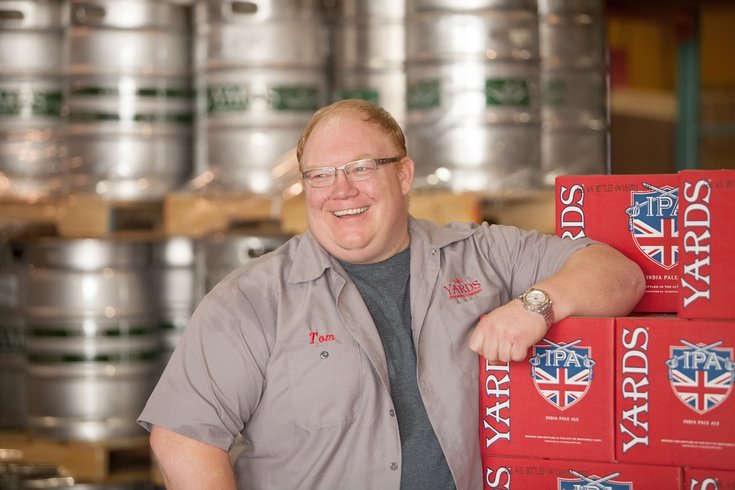 Tom Kehoe is a craft beer icon in Philadelphia. The co-founder of Yards Brewing Company in Northern Liberties is largely responsible for the enormous influx of craft brewers that have spilled into Philly and the surrounding region since Yards opened in 1994.

This week, the folks at Yards announced the brewery will extend its production facility to an 85,000-square-foot property at Fifth and Spring Garden streets in late 2017, a space that will boast a production capacity of 100,000 barrels and kick off a line of canned beers. A restaurant, too, will open as part of that expansion.

Here, Kehoe talks about the beer-can stigma, other locations he considered building his new facility and what beer city impresses besides this one.

Why is canned beer increasingly becoming important to craft brewers? It’s almost sort of counterintuitive that more beers aren’t canned, considering they do a better job of keeping out light.

By canning as well as bottling, Yards can gain depth in current markets and have a greater market share, as well as benefit from the versatility that comes with cans. I'm thinking of venues and outdoor activities where glass is not appropriate. Fifty-four percent of all beer is canned, 36 percent is bottled and the rest are kegged. A lot of it is consumer perception — cans have been considered inferior and cheaper in the past, like box wine.

What are you hoping to accomplish with the restaurant portion of the new facility? Are there other brewery-restaurants you’ve looked to for inspiration?

We would like to be able to accommodate more people for tours and have a separate event space so the tasting room can remain open while we have a corporate event, wedding or party. I love the older brewers that use their space to show off the local beer scene or local flavor, more so than just selling their own beers. Cigar City [Brewing] is a good example. They have a local cigar roller come in to hand-roll right there in the tasting room. You can have a beer while watching a great local tradition in action. That's quintessential Tampa.

Why is Northern Liberties an ideal place for a brewing facility? Did you consider elsewhere in the city?

Northern Liberties has been our home for over eight years now and we love this area. We wanted to keep close to Center City and the Historic District. We're staying where we are now, [but we looked near] the stadiums, the Navy Yard, Grays Ferry and the northeast, but there is no place like home.

I know you love Philadelphia, and will — thankfully — be sticking around. But outside of Philly, what beer city have you really taken a liking to? And any regional staple you’re particularly fond of — for example, Lone Star in Texas, or 312 in Chicago?

For beer, I really like Portland. Amazing beer culture and I am really impressed with Florida’s west coast. I used to say Deschutes' Mirror Pond, but we can get it in Philly now. So my new choice is Trumer Pils.

You’re known as a beer guy, but what tickles your fancy among wines and spirits?

Bourbon; it makes me stronger and smarter. You can just tell.