More than 60 water rescues were conducted on Wednesday 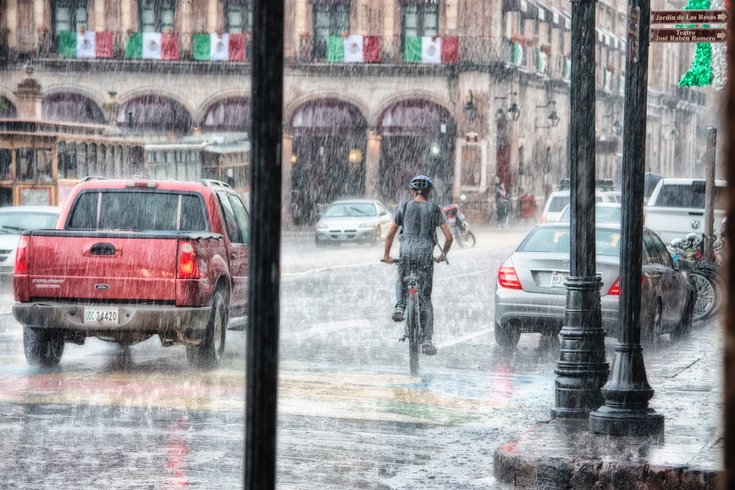 Some devastating flash flooding made its way into western Pennsylvania this week, after the area was hit with heavy downpours on Wednesday that caused at least one death, prompted dozens of evacuations and left a significant amount of damage.

Flooding all over Pittsburgh tonight including at my friend @mitchgedid house in Bridgeville. Stay safe! pic.twitter.com/mazknadTfh

A 64-year-old Upper St. Clair woman died after she was swept away by currents early on Wednesday, and police said her body was found 13 miles southwest of Pittsburgh in McLaughlin Run near the Bridgeville Fire Department on Thursday morning, the Observer-Reported reported.

There are no other reported deaths or injuries from the flooding at this time.

#BREAKING: PITTSBURGH GEYSER! Major flooding along Route 51 in West Mifflin outside #Pittsburgh. Check out the flood waters shooting into the air. #PAWX

#BREAKING PHOTO: Major flooding in #Pittsburgh, this is the scene along Banksville Road. (via @realtimwilliams) pic.twitter.com/GnexqLrSY6

The Pittsburgh Pirates postponed their game against the Milwaukee Brewers Wednesday night because of the severe downpours and flooding inside the dugout and parts of the tunnels going into the clubhouse.

According to the National Weather Service, the area is expected to get a quarter-and-a-half-inch more rain and thunderstorms on Thursday night.