By Reuters
Politics Corruption Charges
from 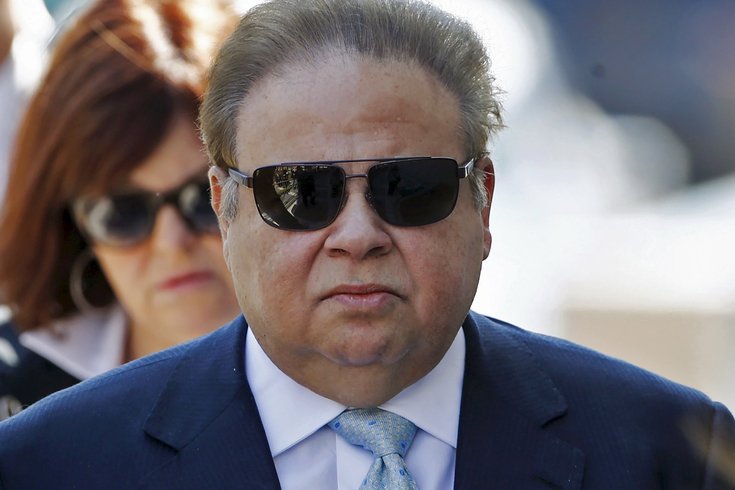 An arraignment hearing in the fraud case was continued to Thursday, after Salomon Melgen appeared briefly in Florida federal court on Wednesday morning wearing handcuffs and appearing disheveled in a blue jumpsuit.

"We are convinced of his innocence and look forward to having our day in court," said his attorney, Maria Dominguez.

Melgen, who was charged earlier this month with corruption along with Menendez, was indicted on Tuesday of Medicare fraud by the U.S. Attorney's office in Miami.

The 61-year-old ophthalmologist in North Palm Beach was arrested on Tuesday and spent the night in jail, where he was expected to remain on Wednesday.

His attorney noted in court that he is in poor health. She later told reporters that he has prostate cancer.

He faces 46 counts of healthcare fraud, as well as 19 counts of fraudulent claims, and 11 counts of making false statements relating to health care, prosecutors said in a statement.

Menendez and Melgen, who are close friends, were both charged in an alleged political corruption conspiracy earlier this month in New Jersey.

Menendez, a Democrat from New Jersey and a leading foreign policy voice in Congress, pleaded not guilty to corruption charges earlier this month during a federal court appearance. He is charged with accepting up to $1 million worth of lavish gifts from Melgen in exchange for using the power of his office to influence the outcome of Melgen's Medicare disputes. He was released without bail.

Melgen also pleaded not guilty to the corruption charges and was released on a $1.5 million bond.

Tuesday's indictment alleged that between 2004 and 2013, Melgen participated in a scheme to defraud Medicare and other healthcare programs, by submitting false claims and medical charts, according to prosecutors.