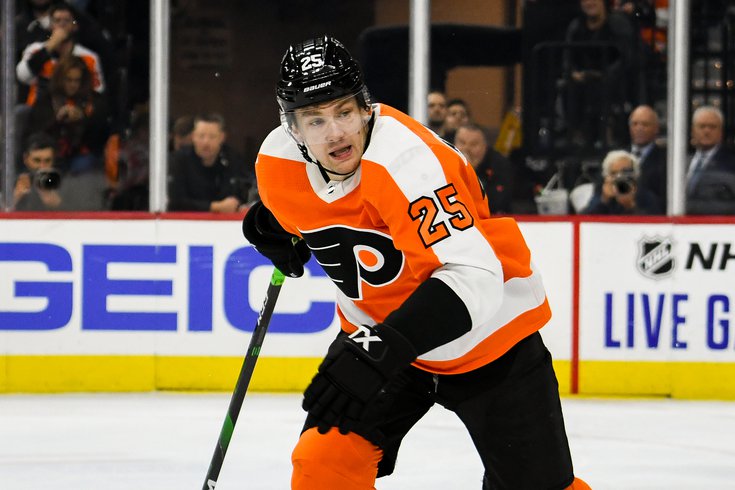 The Stanley Cup Playoffs will commence this summer, and the Flyers may have been given the best possible scenario as they look to find a way to bridge their NHL-best play from February and March into the first ever July-August sprint for a championship.

As you no doubt already know, the Flyers finished the regular season red hot — they won nine of their last 10 before the season was paused, and later concluded. The season couldn't have been called off at a worse time for Philly, which had just skated into a home-ice advantage position, seeded fourth in the East. The team was the best in all of hockey on its own ice with 54 of their 89 points earned at the Wells Fargo Center.

But the virus stopped their momentum and the playoffs will be held in another city (the NHL came out with a list of 10 potential cities to host NHL action, including Pittsburgh, Las Vegas, Toronto, Chicago, Columbus, Edmonton, Dallas, L.A., Minnesota and Vancouver) irradiating home ice advantage completely.

Flyers fans have every reason to be annoyed, frustrated and disheartened. They had a Stanley Cup contender peaking at the right time. The virus got in the way.

One could argue they were the team most negatively impacted by the shutdown of the season.

"That’s going to be our challenge, obviously," Flyers head coach Alain Vigneault said of getting his team's momentum back. "There’s no doubt that we were playing our best hockey of the season at the time. I don’t think we can go into this showing any signs of emotional frustration. With the world being put on pause and with what people are going through right now, we can help them by doing the best job that we can as far as playing on the ice. We’ll be exactly like everybody else. We’ll have the same amount of time. Our team was in a good place. It will be all our jobs, from coaches to management to players, to get back to that good spot that we were in."

Vigneault sounds optimistic, and Tuesday the hockey gods gave Philadelphia reason for positive thoughts. When hockey resumes, likely in mid to late July, the Flyers will find themselves in excellent shape.

Just before the NHL shut down in March, the Flyers had a 16-1 shot at winning a title, according to SportsBetting.ag — tied for eighth. In odds released after Tuesday's NHL playoff announcement was made, the Flyers now have a 12-1 shot, seventh best in hockey according to William Hill Sportsbook.

Why are their odds better now?

The new, one-time structure for the conclusion of the 2019-20 season will see 24 teams assemble in two cities. The top eight teams, four from each conference, will get byes while the other 16 teams play five-game series' to determine which teams will compile the 16-team Stanley Cup Playoff bracket. During their bye, the Flyers will be put into a "round robin" with the other three top teams in the East — the Bruins, Capitals and Lightning — and vie for seeding.

Since any team can go 3-0 and earn that top spot, at this point all four teams in each conference technically control their own destiny, so to speak. But being that the Flyers were already in fourth place when play was cancelled — and can finish no worse than fourth place after the round robin — they, unlike their three conference opponents, can't lose any spots in the standings.

In other words, Philly gets to have a three-game tuneup before the playoffs, with nothing to lose, against the three best teams in the conference. Sounds like a pretty good deal to me. Plus, the Flyers have been very good against two of those three teams this season:

(The day after the NHL was postponed, Philly was slated to have its last meeting with the Lightning.)

Another boost for the Flyers will be the return of James van Riemsdyk, who broke his finger during the Flyers' nine-game win streak. His 5-6 week injury recovery time has come and gone and in addition to having a new child over the last few weeks, JVR has been serving on the NHL's return to play committee. Flyers fans can thank him for having done a pretty good job for them.

"When you look around at every single sports league in the world, I think the only league where you know the trophy is hockey and the Stanley Cup," the winger told the media last week. "We want to keep that. We know how important that is and how much pride we take as hockey players in that. Obviously we want a format that still reflects that. No matter what, it’s going to be something that’s a tough thing to win. There’s a lot of other factors that come into play for that. Certainly we want to do a format that respects that and keeps that integrity and competitiveness balance managed in that."

The Flyers avoid a best-of-five play-in series and get some serious tuning up before the games that count kick off. If they are able to find their late winter magic again, it could go a long way at taking some of the boredom, pain and loneliness away from those quarantined in the Delaware Valley.