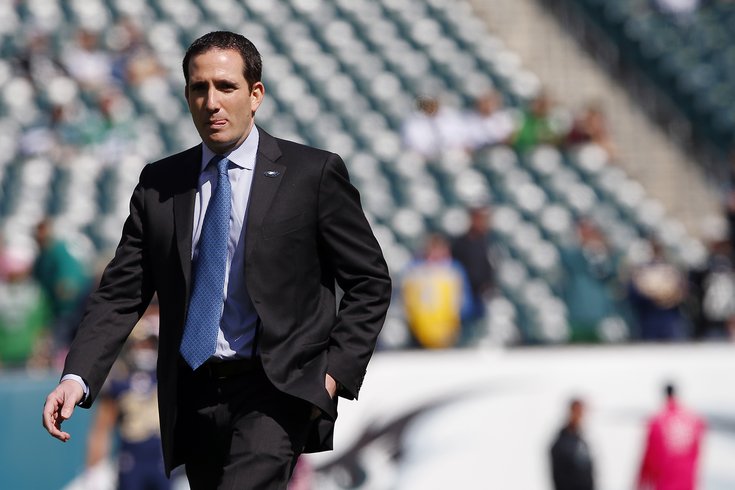 When it comes to overseeing personnel, do you have more faith in Howie Roseman than you did in Chip Kelly?

It would appear Howie Roseman made an enemy or two in his time as Eagles GM. Appearing on the Jon and Sean Show on 97.5 the Fanatic, former Eagles scout Louis Riddick, who was with the team from 2008-2013, took some shots at his former boss.

"There has been a lot of talk about the Eagles’ front office and about how Howie (Roseman) is doing the contract stuff or whatever, but there was a high turnover rate, there were reports of a toxic environment that was developing down there, and a lot of that was attributed to Howie. What was the biggest problem with when you were there and with what you’ve heard since then that Howie wasn’t working well with other people?"

“Let’s just put it this way. Leadership, to me, is all about credibility and being trustworthy, competency, and being someone who people respect as far as their skills are concerned, and then the kind of impact that you have on others, and the kind of impact you have on the work environment as a whole. That’s what leadership is. That’s what when you’re in a position of leadership, that’s what you have to bring to the table. So when you start to hear news of it being a toxic environment, obviously you’re not fulfilling those three criteria as far as I’m concerned from a leadership perspective. So you can draw whatever conclusions you want from that.”

Non-specific and harsh! You can listen to the interview in its entirety here.