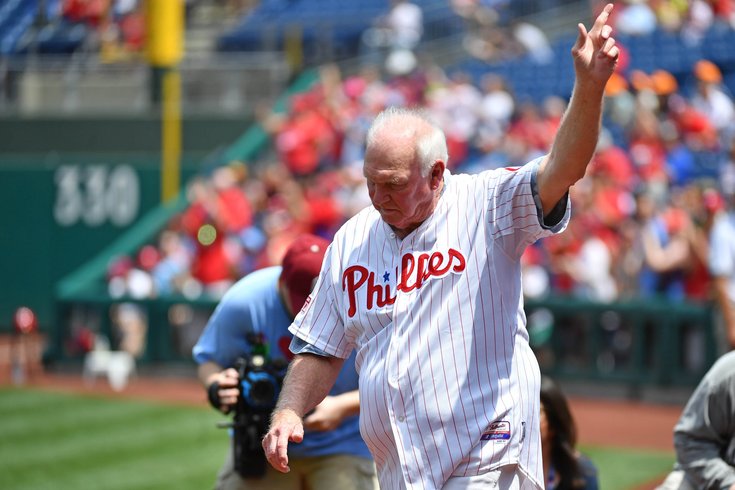 Phillies manager Charlie Manuel will sleep outside on Nov. 21 in support of Covenant House, a nonprofit organization that offers services and housing to homeless youth.

Now that he doesn't have to worry about working with Phillies hitters on a nightly basis, Charlie Manuel is planning to spend a night outside in support of Covenant House.

The Phillies former manager tweeted on Tuesday that was he was partnering with Larry Bowa, current senior advisor to the general manager and former manager, to chair a Phillies team of executives to help raise funds for the nonprofit's "Sleep Out" campaign.

Manuel accepted a challenge by the homeless advocacy group to spend a night outside on Nov. 21 in support of homeless youth across America. He tweeted, "We had 11 kids and I grew up poor. There lots of hard times but we always had a roof over our heads. We may have slept 3 to a bed but we were safe."

We had 11 kids & I grew up poor. There were lots of hard times but we always had a roof over our heads. We may have slept 3 to a bed but we were safe. On Nov 21 I’m 😴 on the street in solidarity w homeless youth who don’t have a warm, safe place to sleep. https://t.co/EAfGK7WcQi

The "Sleep Out" campaign is an "act of solidarity with the 4.2 million young people who experience homelessness each year," according to the nonprofit's site.

Covenant House is an organization that provides services to people 21 and under that face homelessness. With shelters in over 30 cities, including Philadelphia, the organization helps 45,000 people year. The group provides emergency items as well as mental health services and medical care, while providing short-term and long-term housing solutions.