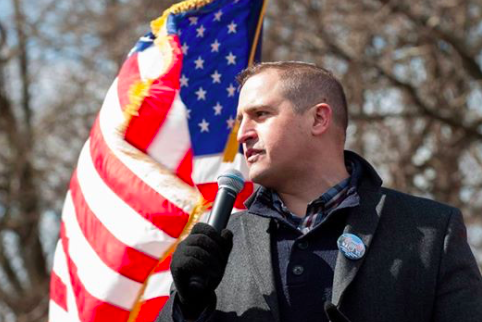 In a move many expected would come to pass, former Philadelphia Republican Party Chairman Joe DeFelice will join the administration of President Donald Trump.

A vocal supporter of Trump during the 2016 presidential campaign, DeFelice resigned from the Philadelphia GOP in April amid speculation that he was in line for a federal post. Michael Meehan, a longtime influencer in the local Republican party, was elected to fill DeFelice's position.

U.S. Department of Housing and Urban Development officials announced Monday that DeFelice has been appointed as regional administrator of HUD's Mid-Atlantic region.

The Northeast Philadelphia native and attorney has played a key role in local urban policy and planning, serving as chairman of the Mayfair Community Development Corporation and president of the Mayfair Civic Association.

"My passion for community development started in my own neighborhood, working alongside developers, local leaders and nonprofits to bring about positive change," DeFelice said in a statement. "Having worked as a community leader, I certainly have an appreciation for the tough challenges facing communities across the region."

A graduate of La Salle University, DeFelice is also an adjunct professor of American Government at both LaSalle and Widener Universities.