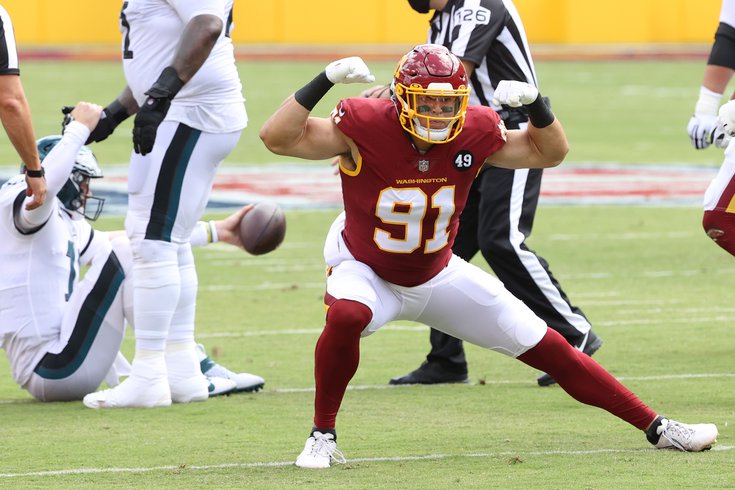 Former Washington Football Team edge rusher Ryan Kerrigan announced on Monday morning via Instagram that he will be signing with the Philadelphia Eagles.

Kerrigan has quietly been one of the most consistent pass rushers in the NFL over the last 10 years, racking up 95.5 sacks and 26 forced fumbles over that span. He has been a thorn in the side of the Eagles over the years, as he has 13.5 sacks, six forced fumbles, 24 QB hits, 51 tackles, and three fumble recoveries against the Birds in 19 career games. All of those stats are personal bests against any one team.

The fit is odd. Kerrigan will turn 33 in August, and while we do not yet know the money details, he likely isn't cheap. Joining a Super Bowl contender or even an up-and-coming team felt like the more logical path for a player like Kerrigan, like Chris Long was for the Eagles in 2017. The Eagles realistically are not a Super Bowl contender, and as such, their focus should probably be on getting younger.

That said, Kerrigan can still play. In a smaller role playing only 38 percent of the team snaps on a loaded WFT defensive line in 2020, Kerrigan had 5.5 sacks, five additional tackles for loss, and six QB hits. He'll join an edge rusher rotation that already includes Brandon Graham, Derek Barnett, and Josh Sweat. That gives the Eagles a legitimately good edge rushing foursome, and he will make the team better this season.