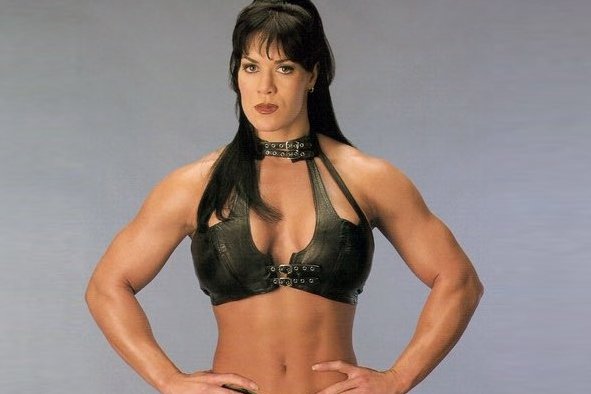 Women's wrestling pioneer Chyna is dead at the age of 45.

Joanie Laurer, known to wrestling fans around the world as Chyna, the 9th wonder of the world, has passed away. The news broke overnight with various news outlets reporting her death.

#RipChyna 😢😢😢 all of us on team Chyna love you and will love you forever babe.

“It is with deep sadness to inform you today that we lost a true icon, a real life superhero. Joanie Laurer aka Chyna, the 9th wonder of the world has passed away. She will live forever in the memories of her millions of fans and all of us that loved her.

“WWE is saddened to learn of reports that Joanie Laurer, best known for competing in WWE as Chyna, has passed away.

A physically striking and talented performer, Chyna was a true sports-entertainment pioneer. Not only was the Superstar dubbed "The Ninth Wonder of the World" a founding member of the groundbreaking faction D-Generation X, but she also holds the distinction of being the first woman to enter the Royal Rumble Match and the first and only woman to win the Intercontinental Championship.

WWE extends its condolences to Laurer's family, friends and fans.”

Police responded to a 911 call after a friend went to check on her after she hadn’t answered her phone in a few days. She was found unresponsive in her apartment in Redondo Beach, Calif. The cause of death is still under investigation.

Laurer set a new standard for women in the world of professional wrestling when she made her debut in the then World Wrestling Federation as the bodyguard of Triple H, real name Paul Levesque. Levesque was the first one to notice Laurer after both trained at Killer Kowalski’s wrestling school in Massachusetts.

Shortly after making her debut, it was clear that Laurer could realistically even the playing field in an industry dominated by men. She went on to become the Women’s Champion and also won the Intercontinental Championship, the first woman ever to do so.

Laurer left the company in 2001, and wouldn’t return. She took part in an adult film with Sean Waltman, aka the 1-2-3 Kid and X-Pac, and reportedly struggled with drug and alcohol addiction.

Chyna was fearless to no man & a huge part of #womenswrestling her impact will never be forgotten. thoughts & prayers are with her family 💜

Just woke up to the sad news about Chyna. Such a huge part of #womenswrestling and of my childhood. Very sad day. #9thWonderOfTheWorld

My prayers go out to Joanie Laurer and her family. It's very sad to hear this news. Chyna was revolutionary for women in wrestling.

I just heard the tragic news that @ChynaJoanLaurer has passed. She was truly a pioneer in our industry, and she will be missed. #RIPChyna

Just woke here in Europe to the saddening news about "Chyna" She was one of a kind and will b remembered 4 ever.

Condolences to the family & friends of @ChynaJoanLaurer. Hopefully her troubled soul has found peace.

So sorry to hear the news of the passing of @ChynaJoanLaurer She was always a great friend of me and Ron. RIP https://t.co/tbyqXma5Kh

Wow I just heard @ChynaJoanLaurer passed. Sad... My Prayers go out to you and your family Joanie. RIP my friend.

@ChynaJoanLaurer May the peace you were seeking put you at rest my friend. So sorry for not seeing the pain @Mania. We've shared so much

RIP Joanie Laurer at 45. Chyna was a trendsetter and helped make WWE must-see TV during its red-hot Attitude Era. pic.twitter.com/sQjhAIQMd2

@ChynaJoanLaurer you are a true inspiration to our business. You will keep inspiring for generations to come. We will miss you. #ripchyna