Founder of NFL Films, Ed Sabol, dies at age of 98 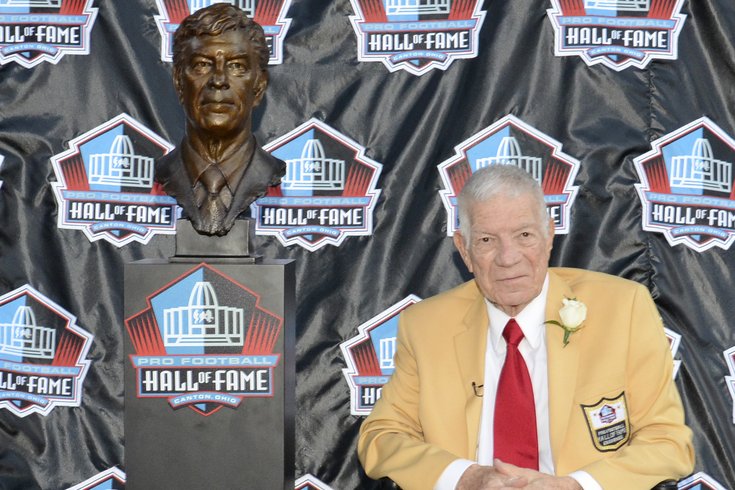 Ed Sabol poses with a bust of himself during the induction ceremony at the Pro Football Hall of Fame on Saturday, Aug. 6, 2011.

Ed Sabol, founder of NFL Films, died at his home Monday in Scottsdale, Arizona, at the age of 98, the National Football League announced.

According to the NFL:

Many innovations were introduced under Sabol: the first use of a microphone on coaches, referees and players, adding popular music to footage, and of course, bloopers videos.

After serving as the president of NFL Films until 1985, Sabol turned over the role to his son Steve, who died in 2012 at the age of 69.